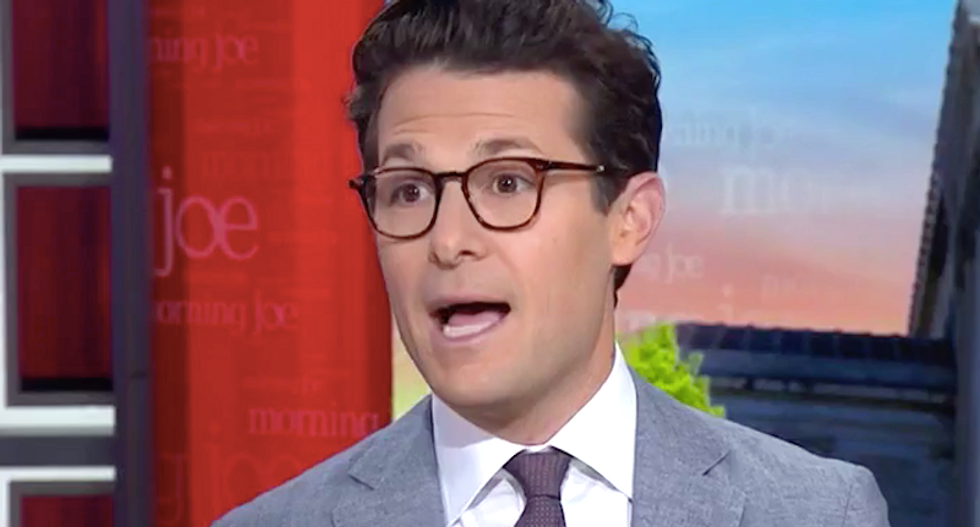 The reporter has been covering the Trump administration's family separation policy since last year, and he's toured the overcrowded detention facilities where children have died after they were taken from their parents at the border, and Soboroff said the president was only making things worse.

"Donald Trump is a human billboard for illegal migration, the way he's talking about this," Soboroff said. "When he came into the office, and the numbers dipped, they called it the Trump effect and people were scared. People aren't scared of Donald Trump anymore, and they are rushing to the country."

"His threats are basically a big, red flashing sign saying, 'Come here now or you're never going to get in,'" the reporter added. "His policies have failed miserably, and we are seeing the consequences today."

Soboroff warned that Trump's latest threat to detain and deport millions of migrants was logistically impossible to carry out, and any attempt to follow through on this campaign promise was needlessly cruel.

"ICE goes into neighborhoods (and) literally targets parents, in many cases, that have American-born children, American citizen children while these children are at school or the parents are at work," Soboroff said. "They're going to go and do a raid on those families."

The parents will then be sent back to their home countries, Soboroff said, and the children will be placed in already overcrowded detention facilities.

"Operationally, what he is threatening is literally not possible," Soboroff said. "So what he's doing is attempting to terrorize -- literally, by definition -- millions of families."