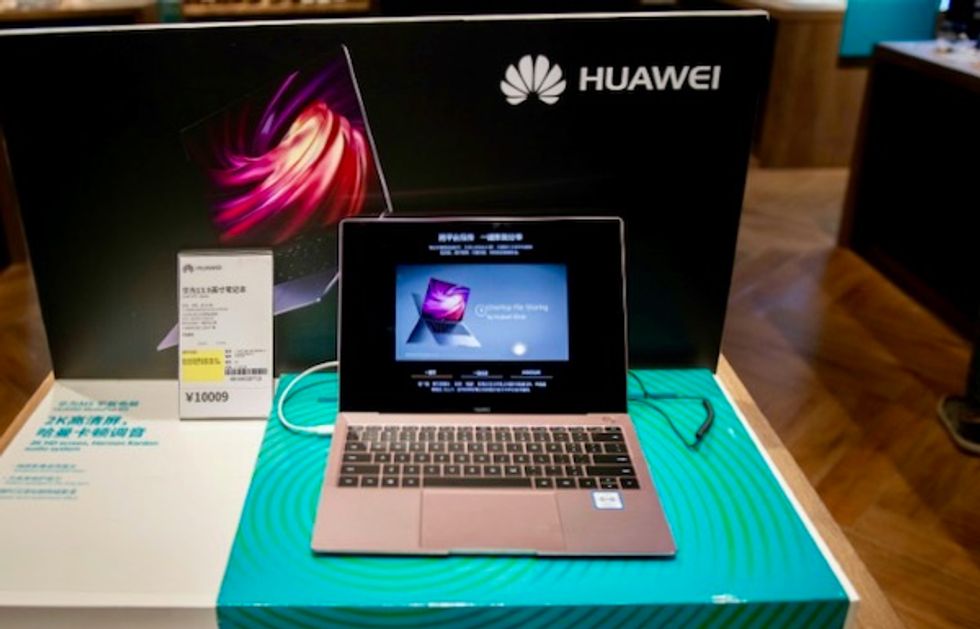 Trade tensions between the world's top two economies have spilled over into the tech sector, with Trump's administration moving to essentially ban Chinese tech firm Huawei from the huge US market on security grounds

The US Commerce Department blacklisted five Chinese tech entities Friday in a new move against Beijing's supercomputing industry likely to raise tensions ahead of a meeting between President Trump and Xi Jinping next week.

The notice targets Sugon -- a prominent Chinese supercomputer manufacturer -- along with three of its microchip subsidiaries and a computing institute owned by the People's Liberation Army.

All of the entities will be effectively barred from obtaining US technology after the government determined they were "acting contrary to the national security or foreign policy interests of the United States."

Trade tensions between the world's top two economies have spilled over into the tech sector in recent months, with Trump's administration moving to essentially ban Chinese tech firm Huawei from the huge US market on security grounds.

In May, it added Huawei to an "entity list" of companies barred from receiving US-made components without permission from Washington, though the company was granted a 90-day reprieve.

Facebook and Google have since both announced they will move to cut off Huawei in order to comply with the US sanctions, further isolating the Chinese tech giant.

Beijing has responded with threats to release its own blacklist of "unreliable" foreign companies and individuals that appears aimed at pressuring foreign companies to maintain commercial relations with Huawei.

Earlier this month, Beijing summoned executives from American firms Dell and Microsoft and South Korea's Samsung, among others, to warn them that any moves to ramp down their businesses in China may lead to retaliation, The New York Times reported.

Trump and his Chinese counterpart Xi are set to meet next week on the sidelines of the G20 summit in Japan.