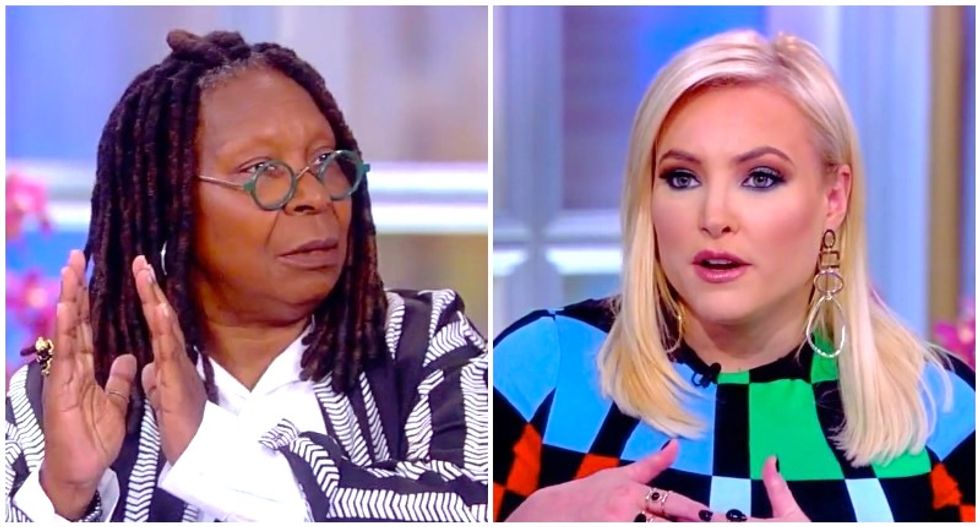 Whoopi Goldberg sent a chill down Meghan McCain's spine with a dark warning that President Donald Trump could be engaged in a coup against American democracy.

Trump admitted he would accept the type of foreign campaign assistance he has repeatedly denied getting during the 2016 election, and Goldberg said his words should serve as a wakeup call.

"It makes me nervous," she said. "This, to me, is a prelude to a coup, this is how coups happen. People say, we're going to let this go. No, that's how this happens -- you're in a new country that you don't recognize but you're stuck in, and so I think that someone needs to be really, really clear about what it is to break the law."

McCain sounded alarmed by her warnings.

"I just, I mean, when you're talking about coups and things like that, I mean, it's a really, like, dystopian idea, and it's really petrifying," McCain said. "That's why the checks and balances should be in place right now."