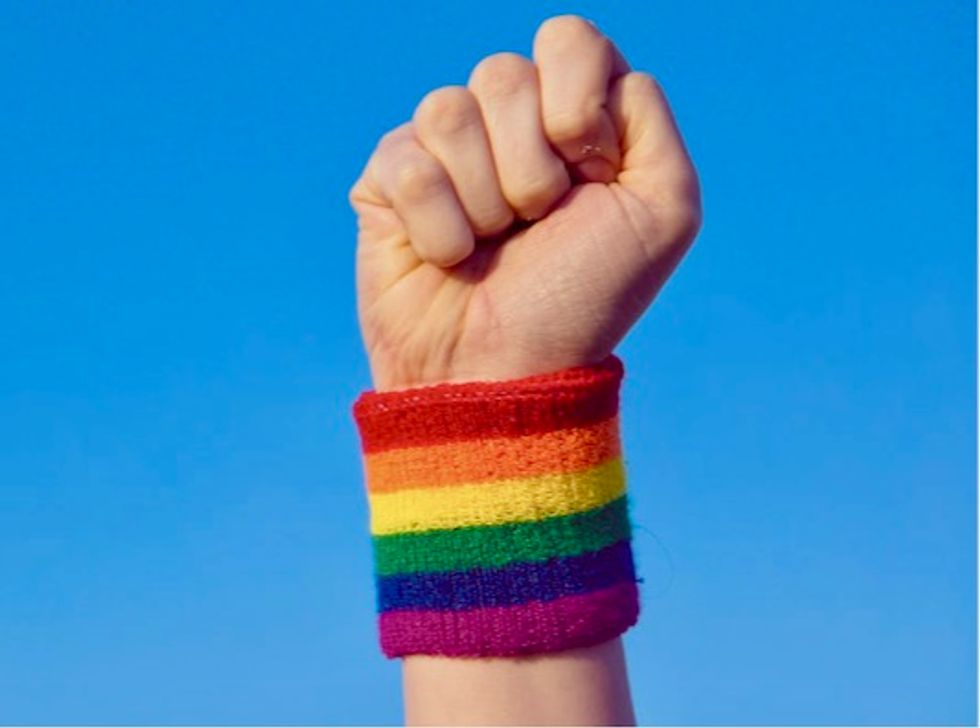 Last year’s midterm elections were a “rainbow wave,” with more openly lesbian, gay, bisexual and transgender people elected to public office than at any other time in American history.

According to the Victory Fund, a PAC that supports LGBT candidates, a record 627 openly LGBT candidates ran for public office in 2018, with 399 appearing on the general election ballot.

However, LGBT Americans still remain woefully underrepresented in political office, which suggests that political participation by older generations of LGBT Americans is less frequent than political activism by their straight counterparts. This dynamic, however, may be changing with future generations.

Recent surveys on young Americans in their late teens and early 20s – including one we conducted – reveal that the youngest generation of LGBT Americans is far more engaged in politics than their straight counterparts.

In a June 2017 national survey of 2,023 young Americans age 15 to 24 conducted by the Public Religion Research Institute and MTV, one in 10 young Americans identified as LGBT.

This group of LGBT Americans reported higher levels of engagement on seven separate measures of political and civic participation.

Young LGBT Americans were roughly twice as likely as their straight counterparts to report attending a political rally or demonstration, donating money to a political campaign or contacting an elected official. They were also much more likely to engage in online political activism, whether that involved signing a petition, posting about an issue that mattered to them or following or liking a political campaign.

Combining these individual acts of political participation into a scale, the average young LGBT American reported participating in 3.7 political activities in the past year. Meanwhile, young straight Americans averaged 2.1 activities.

This difference in behavior is also present among members of what we call the “activist class”: the young people who have indicated a strong desire to run for office one day.

In May, we conducted a survey of alumni of IGNITE, a nonprofit that trains young women to run for public office, to better understand how they benefited from the organization’s programming. We also wanted to understand their views about political engagement more generally and to get a better sense of their political identities.

Seventy-two percent of IGNITE respondents identified themselves as heterosexual and female. The rest identified with another sexual orientation (homosexual, gay, lesbian, bisexual or something else) or gender identity (transgender, gender queer, gender nonconforming or something else). Given the current estimates of the number of openly LGBT Americans nationally, IGNITE is drawing a disproportionately high number of LGBT participants to its programming.

(This may be a reflection of the fact that the IGNITE alumni are a group that self-selected into a women’s political training program and thus are more likely to be politically engaged compared with the average 18- to 24-year-old.)

Both surveys show that this new generation of young LGBT Americans resoundingly rejects both conservatism and the GOP. This may be a factor in their heightened engagement.

Donald Trump’s presidency could also be sparking interest in political action. For example, Trump’s support of the right of business owners to refuse service to gay Americans because of religious differences has outraged the LGBT community. In the PRRI/MTV study, fewer than 6% of LGBT respondents had a favorable view of Trump.

In the IGNITE sample, 57% of LGBT women said that Trump’s election encouraged them to participate in politics, compared with just 50% of the straight women.

The IGNITE survey paints an even bleaker picture for the political right when it comes to young, activist members of the LGBT community. No LGBT respondents to the IGNITE survey identified themselves as a conservative or Republican.

There is very little research on the political engagement of LGBT Americans historically, either because many such Americans may have been reluctant to disclose their status, or because most older surveys did not ask about sexual orientation. So, we can’t say for sure if this younger cohort of LGBT Americans participates more in politics than previous generations.

But our work suggests that political engagement among young Americans will largely be driven by progressive activists, including a disproportionate number of LGBT Americans.