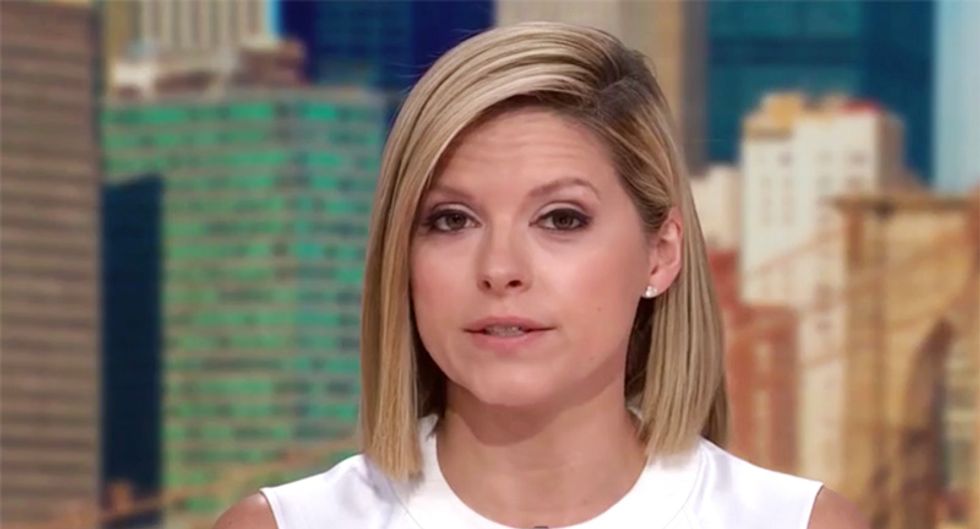 Following a frantic back and forth with the press during which Donald Trump once again asserted that former President Barack Obama "begged " North Korean strongman Kim Jong-un to meet with him, CNN anchor Kate Bolduan provided an immediate fact-check saying the president was making it up.

During Trump's South Lawn press availability the president was pressed specifically over why he keeps making the claim, which has already been debunked.

Instead, Trump doubled down in a vicious attack on his predecessor.

"We've done a lot and we've gotten our hostages back. We've gotten a lot of remains back, a lot of things are happening and there's been no nuclear testing. During President Obama they were testing and sending nuclear missiles and right now everything is nice and quiet," the president boasted without noting that he recently conceded that he can live with a North Korea owning nukes.

Cutting back to the CNN studio, host Bolduan offered up a fact-check to viewers.

"President Trump on the South Lawn speaking to reporters for quite some time," she began. "He continues to say that President Obama asked and requested to meet with Kim Jong-un numerous times. There's no evidence that we've seen that that is actually the case. Regardless, the president continues to say that."