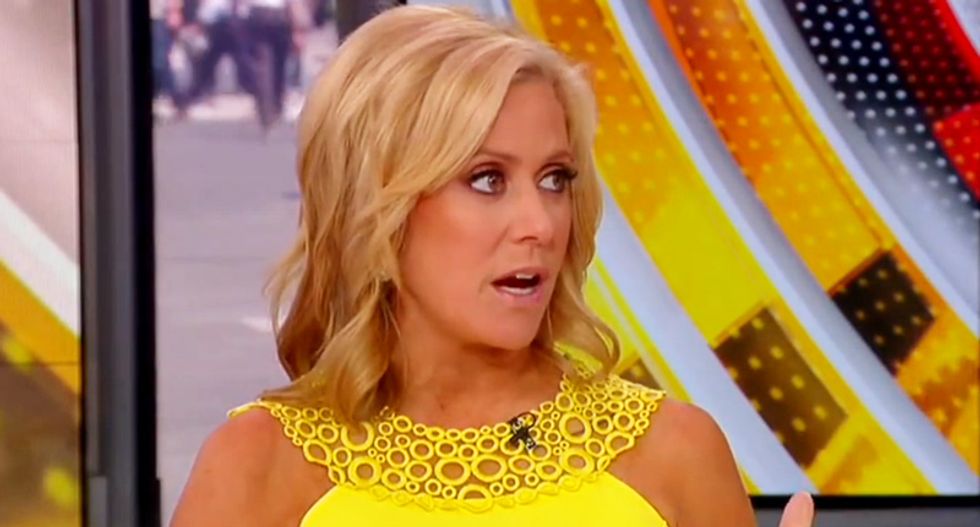 Trump told New York Magazine in 2002 that he had known Epstein for 15 years.

"Terrific guy,” he told the magazine. "He’s a lot of fun to be with. It is even said that he likes beautiful women as much as I do, and many of them are on the younger side. No doubt about it — Jeffrey enjoys his social life."

Speaking to reporters in the White House on Tuesday,  Trump said that he was not a fan of Epstein.

Reacting to his comments, Francis said Trump had failed to clean up his previous praise of the accused sex trafficker.

"Trying to put on the record, I guess it was, that they had some huge falling out and they haven’t been friends 15 years. I don’t know why he would address this at all, especially in this setting. It seems unwise," she remarked.

"Obviously, there are these older comments surfacing that have been everywhere, of him saying that they both liked women, comments that have been requoted and are horrifying in the light of day now given what’s going on with Epstein."

"But I don’t know that this was the right place or time or way to try and clean that up. Especially when you’re connecting it with Acosta. There needs to be a massive investigation into what happened there and if there was corruption afoot," Francis added.