GOP candidates turn on mayoral nominee over ugly slurs directed at Megan Rapinoe: 'No one should ever talk like this' 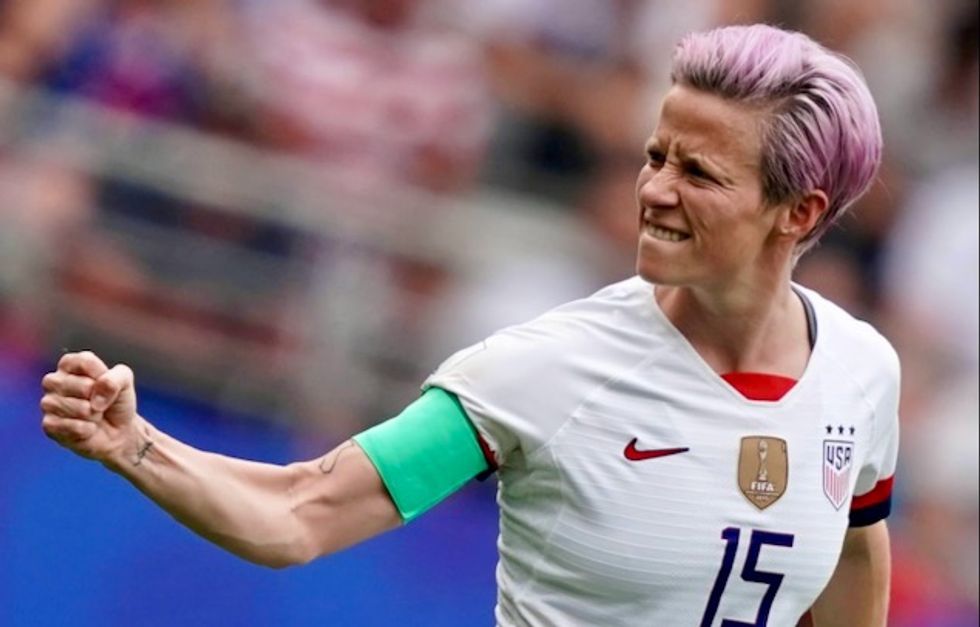 Republican candidates running for seats on a New Jersey borough council are calling out a mayoral candidate and separating their campaigns from him after he launched an ugly Facebook tirade at U.S. Women's National Team co-captain Megan Rapinoe.

According to NorthJersey.com, Marc Marsi -- who is running for mayor in Rutherford -- took to Facebook to attack the World Cup star, using a vulgar term for lesbians and stating the athlete is a "piece of [expletive]," among other obscenities, before claiming he hopes 'she gets permanently injured."

Fellow Borough council candidates Ryan Weist and Kristina Gagliardi-Wilson fired back at Marsi, saying they want nothing further to do with his campaign.

While Gagliardi-Wilson said she was "still kind of shaking, angry and upset" over Marsi's comments, Weist went a step further.

"It's unbecoming of anyone who wants to represent anyone in government," Weist said of the comments. "No one should ever talk like this, especially over political differences. It's horrible."

Marsi's Democratic opponent for the mayor's seat, Frank Nunziato, said he had heard about the Facebook comments -- now hidden -- and that he didn't even want to read them.

"I don’t even want to see it," Nunziato explained. "I was so upset. No one should be spoken about like that if it’s true."

As for Marsi, he defended the comments on patriotic grounds.

"I have strong feelings for anyone kneeling for the flag," he explained. "I'll defend to the death their right to do it but I think its unpatriotic and completely out of place for [someone] who's wearing a uniform for the United States of America."