‘Is he involved?’ MSNBC’s Mika asks why Trump’s labor secretary let Jeffrey Epstein off the hook for child rape 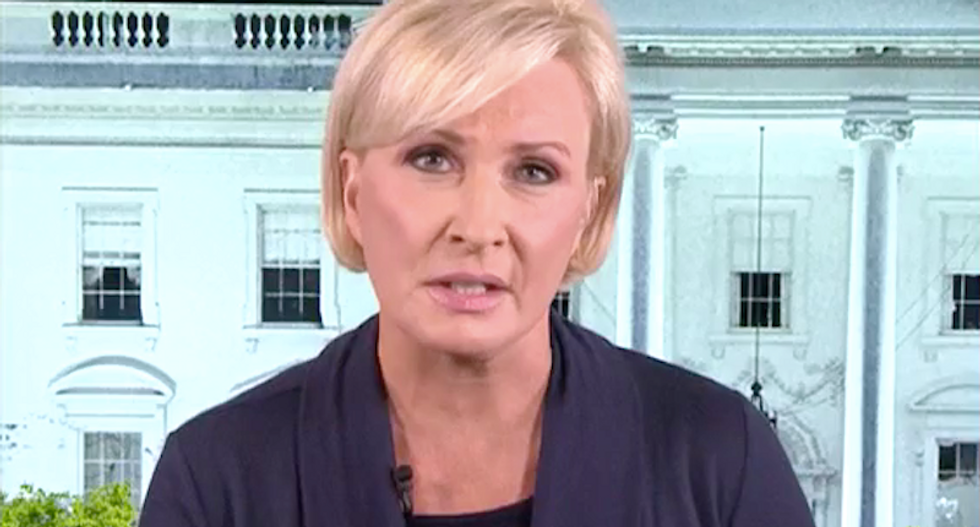 Secretary of Labor Alex Acosta signed off on a non-prosecution agreement with Epstein more than a decade ago, when he was a federal prosecutor in South Florida, and that controversial deal that has fallen under new scrutiny following a series of Miami Herald reports -- and now with the arrest this weekend of the 66-year-old financier.

"Justice was not served in that case," said former federal prosecutor Mimi Rocah, during an appearance Monday "Morning Joe." "It is a travesty what Jeffrey Epstein was allowed to get away with, that he sexually abused and raped -- himself and allowed others -- so many young girls. That is one of the most serious federal crimes I have ever involved in prosecuting. I mean, we are talking about 10, 15, 20 years in prison, and he got a slap on the wrist."

Brzezinski asked if Acosta, who has resisted calls to resign since his role in the case was highlighted in recent months, personally allowed Epstein to get away with raping and trafficking young girls.

Despite a mountain of evidence against him, Epstein was allowed to plead guilty to lesser charges, serve time in county jail and even spend half days at his office -- and Brzezinski asked why Acosta would have agreed to that deal.

"So here's the question," Brzezinski said. "What is Alex Acosta's intention to do this? What would he gain out of letting this guy basically run scot-free after abusing dozens of young girls and also inviting his friends to and letting others -- like what is Alex Acosta, what does he have to gain?"

"I mean, he's made a fool of himself in the law community," Brzezinski added, "but, even more, he's let a predator go scot-free. Why? What is behind that? Is he involved? I've got to ask. Is he protecting himself?"

Rocah admitted she didn't know the answer to Brzezinski's questions.

"There are not indications that he himself," Rocah said, "that I know of, that he himself, Acosta, was involved, but what there are indications -- I mean, if you look at the judge's opinion they violated the law by not informing, in fact, deliberately concealing from the victims the state plea."

"What you see, when you read that opinion," Rocah added, "when you hear the details of how the plea negotiations happened, is that Alex Acosta was very close with attorneys who were representing Epstein. They knew each other from their law firm days. I think, at best, this was a case of sort of an old boys network. They know each other. You know, Alex Acosta had a meeting with one of the defense attorneys privately, away from the U.S. Attorney's office, in a restaurant. That's highly unusual and improper in the ongoing case."