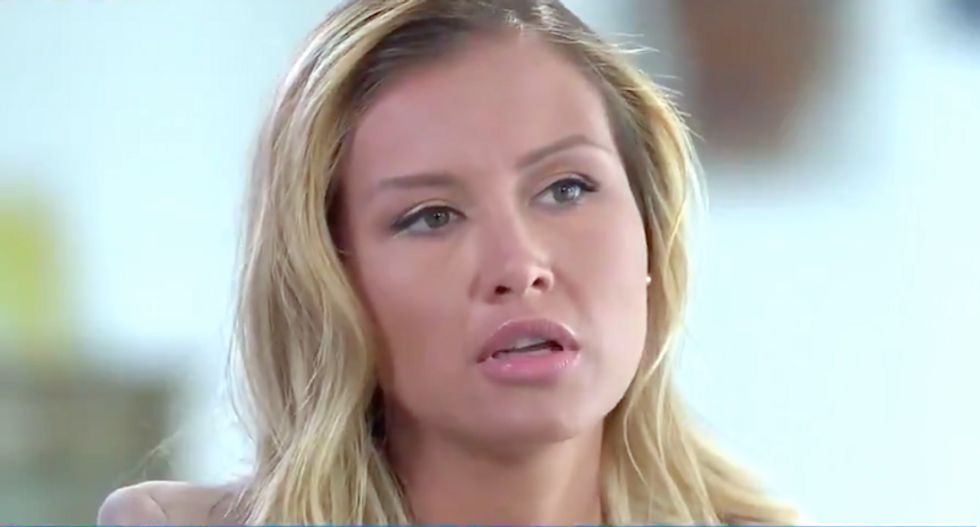 A new accuser gave a detailed account of how Jeffrey Epstein repeatedly raped her when she was 15 years old -- and said the accused sex trafficker knew exactly how old she was at the time.

Jennifer Araoz told NBC News anchor Savannah Guthrie that a woman who worked for the wealthy financier approached her when she was 14 years old with promises that Epstein could help her acting career, and she eventually went to his townhouse, where she was given $300 and invited back.

The home was decorated with "very suggestive" artwork, and Epstein even had a pair of prosthetic breasts that "he could play with while he was taking a bath."

Araoz told NBC News that she was taken alone into Epstein's "massage room," where she rubbed his back while wearing only her underwear.

"That’s how he liked it," she said. "I would just give massages back, then he would potentially, later on, turn over and play with himself. He would also like when I would play with his nipples, he used to get turned on by that. Then he would finish himself off, then that would be the end of it. He would still give me the $300, you know. Normally, I would either get it from the secretary, who would leave it in a drawer, or in the massage room."

She went to Epstein's home once or twice a week when she was a freshman in high school, and Araoz said she told the recruiter her age and mentioned it to the financier.

"He knew very well my age," Araoz said. "He knew exactly, you know, who he was hanging out with. I don’t think he cared."

The abuse turned to rape after she was 15, Araoz said, when Epstein ordered her to remove her underwear and climb on top of him.

"I said ‘I didn’t want to,’" she said. "He very forcefully kind of brought me to the table. I just did what he told me to do. I was really scared. I didn’t necessarily think he was going to rape me.

Araoz said Epstein held her there, and she's sure the older man knew she did not want to have sex with him.

"Oh, yeah, definitely -- there was no way," she told Guthrie. "I don’t want to say I was screaming or anything of that nature. But I was terrified, and I was telling him to stop. 'Please stop,' you know."

"No, he did not stop," she added. "He had no intentions of stopping. That’s what he wanted, and that’s what he got."

Araoz eventually left acting school because she felt overwhelming guilt about what had happened to her, and she has been afraid to go public -- until now, after Epstein's arrest.

“He raped me, forcefully raped me," Araoz said. "He knew exactly what he was doing. I don’t think cared. What hurts even more so is that if I wasn’t afraid to come forward sooner, then maybe he wouldn’t have done it to other girls. I feel really guilty. To this day, I feel really guilty.”