Meghan McCain feels victimized by Trump's attacks on Omar: 'You're taking away my agency to criticize her' 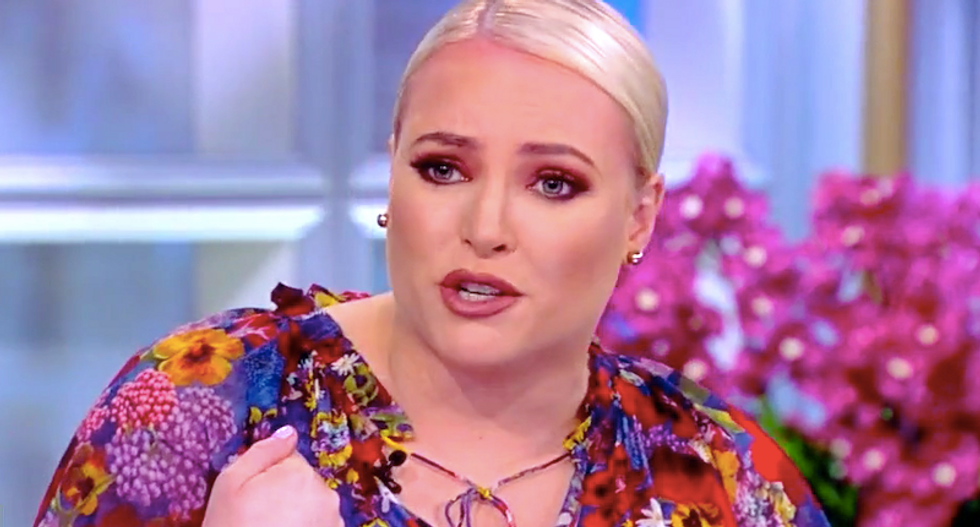 The president has been telling the Minnesota Democrat to return to her home country Somalia, which she fled as a refugee at 10, and accused her of supporting al-Qaeda as his supporters chanted "send her back" at a North Carolina rally.

"It was really dystopian," McCain said. "I was trying to go out to dinner and ignore politics. My family is in town, and came home and saw it on Twitter and then saw it on TV, and look."

After news of Trump's racist rant spoiled her evening out with relatives, McCain said she realized that his remarks had robbed her of something else.

"Everyone at this table, and I think, people that watch this show or have ever seen the dumpster fire of my interview with Seth Meyers know I have been one of Ilhan Omar's most vocal critics regarding Israel, regarding some of her comments I and others interpreted as anti-Semitic," McCain said. "But the problem right now is, you're taking away my agency to criticize her policy."

"You're making this about race, xenophobia, racism," she added. "I think any time you're hitting in a territory where you're telling any American citizen of a different color than you, to send them back, I too didn't think this is something I would see in my country, especially going into 2020."

Later in the segment, McCain complained that Rep. Rashida Tlaib (D-MI), who Trump also singled out in a racist attack, had suggested that House Speaker Nancy Pelosi (D-CA) had encouraged the president by going along with accusations that she and Omar were anti-Semitic.

"Clearly they're feeling threats from all the way around," said McCain, who repeatedly accused the pair of anti-Semitism, "but they're blaming Nancy Pelosi for sort of opening the channels for Trump, and I wish we could all take a collective breath, roll all of this back, and then we can fight about policy on 'The View' all day long."