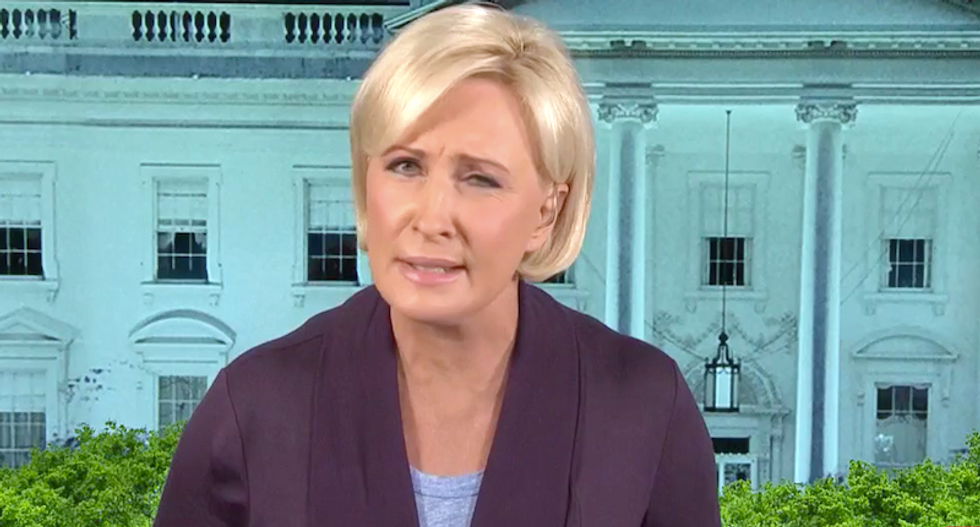 The president has been hurling insults at the city of Baltimore and its congressman, who had defended Meadows from allegations of racism back in February after he brought a black former Trump employee to stand behind him during a House Oversight Committee hearing.

Cummings strongly stood up for the North Carolina Republican, calling the lawmaker one of his best friends, while Meadows claimed friendships with both Cummings and Trump -- and insisted neither man was racist.

"Can you feel Elijah Cummings' pain when he's called a racist because you were crying there?" Brzezinski said. "You were truly upset, you were deeply shocked and appalled that you were called a racist, and Elijah stood up for you -- right there in front of the cameras, come what may, no matter what happened to him, he stood with his friend, and you couldn't even do it."

"But you were so upset you were crying, like a baby," she continued. "You were crying so hard at the thought of being called a racist, so you know how much that hurts, especially if it's not true, and you did not stand up for your friend. So you have just shown America that you cannot be counted on. You have just showed your voters you cannot be counted on, that you will take the weak way out. That was pathetic."

"You had a moment yesterday when you could step up and return the favor because it was the right thing to do," Brzezinski added, "and you took a pass because you're weak and spineless, and you think that some sort of relationship with this president is going to bring you somewhere good. If he leaves office after four years there's a chance he won't go back to Mar-A-Lago. This doesn't end well, Mark Meadows."

"It's a matter of right and wrong," she said. "It's a matter of right and wrong. You know what it feels like to be called a racist. When you believe you're not, which many would question about you, but he didn't. He took a stand in real time, you took a pathetic many moments to figure out some sort of pathetic statement that said nothing. You did nothing."