MSNBC's Morning Joe laughs at Trump's furious denials ahead of Mueller testimony: 'I kind of feel sorry for him' 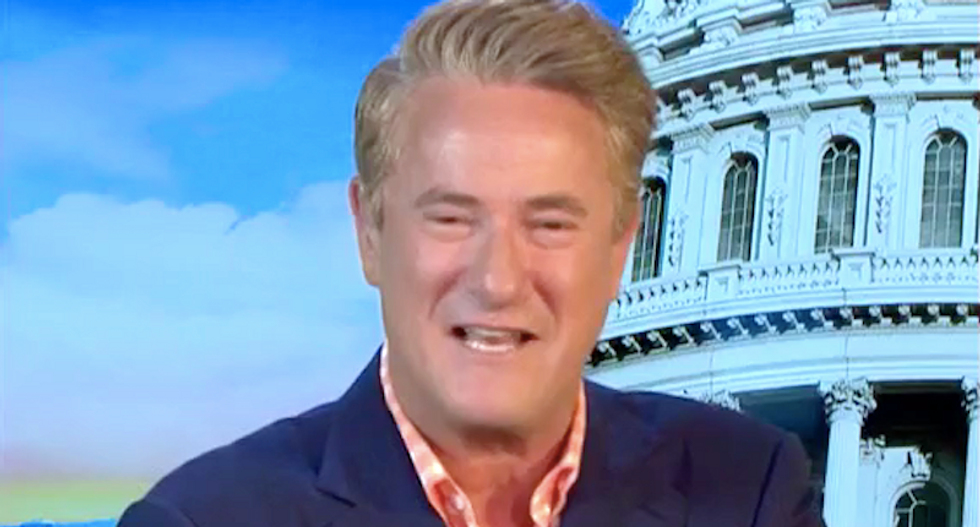 Trump lashed out repeatedly Wednesday morning against his perceived political enemies and insisted he was a "very innocent president," and the "Morning Joe" host ridiculed his predicament.

"When you're the president of the United States," Scarborough said, "and you have 60 percent of the people in your own party believing that Robert Mueller conducted a fair investigation after, may I remind everyone, after the president called it a witch hunt for a year and a half or so, repeatedly, now the poor guy, and I really -- I kind to feel sorry for him this morning, fumbling with his phone, trying to find something to attack."

Mueller has tapped his longtime aide Aaron Zebley to sit alongside him during the hearings and offer counsel, and Trump has complained that last-minute development is unfair.

"He gets this guy nobody has heard of, calls him a 'never-Trumper,' and we don't know if this guy has any party affiliation," Scarborough said. "All he's going to be doing, whispering into Robert Mueller's ear. It's really rather sad."