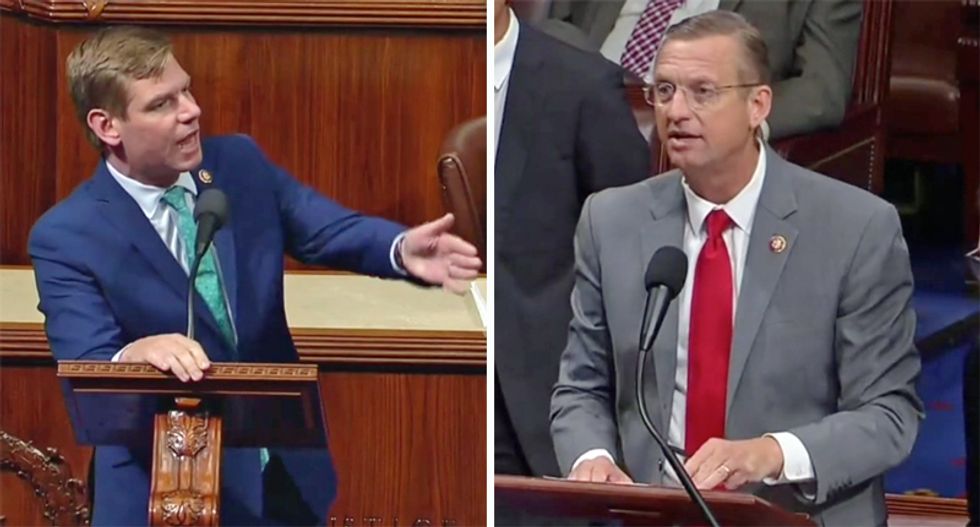 Chaos continued on the floor of the House of Representatives during the debate on a resolution condemning President Donald Trump's racist attacks on four young women of color.

As part of the list, Swalwell noted Trump's attacks on "sh*thole countries."

After he swore on the floor by quoting the president, Republicans freaked out.

Rep. Doug Collins (R-GA) complained and got in a back-and-forth with Swalwell.

Collins sought to have Swalwell's words stricken from the Congressional Record, which would have banned him from speaking for the rest of the day.

"I will withdraw my offensive word," Swalwell said, after discussions with other Democrats.