Trump acted like a ‘total beast’ at cocaine-fueled parties with girls as young as 15 years old: report 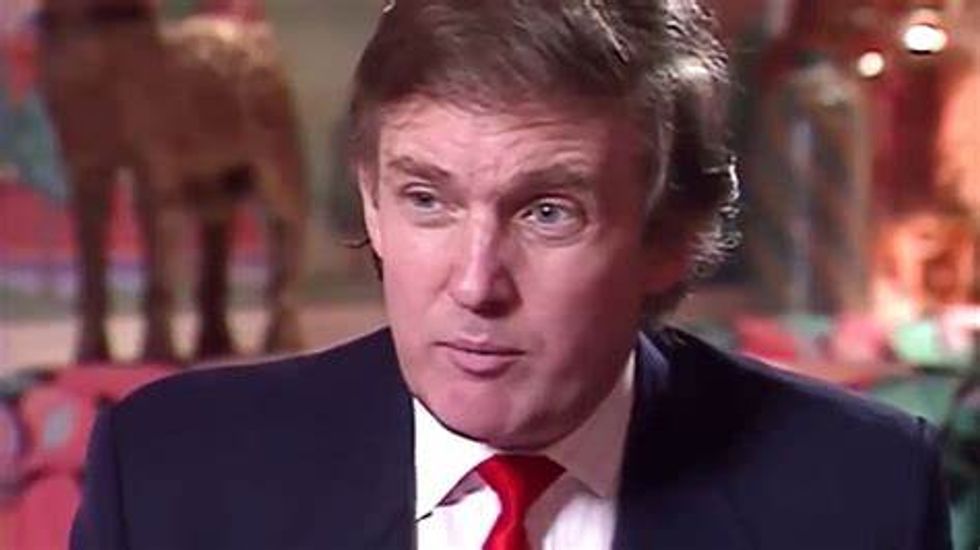 Screenshot of Donald Trump on CNN in March, 1990

The future president and Epstein reportedly were the only two guests at one Mar-A-Lago party, in 1992, where Trump arranged to have 28 women flown in for a "calendar girl" contest, which calls to mind some reporting that came out just ahead of the 2016 election.

Gross, who has also written a book on the modeling industry, spoke nearly three years ago to two men who had attended those parties back in the 1990s, and both men revealed how Trump took over corner suites at the Plaza Hotel to impress his guests.

Girls as young as 15 years old were lured to the parties with the promise that they'd meet well-connected men who might help them enter the modeling industry.

"There were always dramas because the men threw money and drugs at them to keep them enticed," said one former guest, a fashion photographer. "It’s based on power and dominating girls who can’t push back and can be discarded. There’s always someone to pick them back up. Nobody wants to call home and say ‘Help me.’”

The photographer, who asked to remain anonymous over possible lawsuit concerns, recalled that Trump would go from room to room, checking out his guests as they partied with girls and young women.

Former guests recall "a lot of sex, a lot of cocaine, top-shelf liquor" -- but no cigarettes, because Trump didn't approve of smoking.

The photographer and a male model who attended the parties said they never saw Trump use drugs himself, but they said "he was getting laid like crazy."

"Trump was at the heart of it," the photographer said. "He loved the attention and in private, he was a total f*cking beast.”

Andy Lucchesi, who's still a model, said he couldn't be sure how old some of those Trump partners had been.

“So, he’s a man with a woman,” Lucchesi said. “A lot of girls, 14, look 24. That’s as juicy as I can get. I never asked how old they were, I just partook. I did partake in activities that would be controversial, too.”