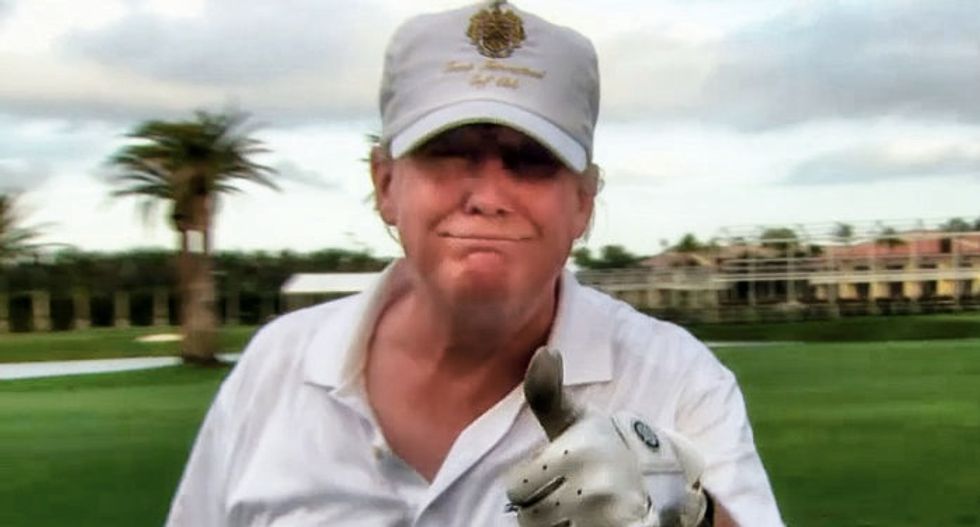 Scantily-clad women being associated with your campaign is generally a political killer during election season, but President Donald Trump's Florida club was more than happy to invite a strip-club for a sexy golf tournament to benefit children.

The event has since been called off, after the children's charity realized the public relations fiasco they were embroiled in. However, the question one CNN panel posed is why it was an event, to begin with.

"Boy, I imagine that there would have been a time when the president would have thought it was a good idea before he was the president," said Trump biographer Michael D'Antonio. "So we remember that in 2006 when Barron, his son, was four months old the president attended a golf outing in Reno, actually Lake Tahoe. And that was where he met Stormy Daniels. So, the idea of there being adult entertainers around a certain golf tournament and the president or Donald Trump being happy about it, I don't think this would have been farfetched to the people running Doral [the club] three or four years ago."

He explained that this is actually something that goes on a lot in Trump World.

"This is the world of golf tournaments for guys chomping cigars and drinking beer in the golf cart," D'Antonio said. "It is not a high-class activity in some arenas. This is the kind of thing that Donald Trump partook of himself. And there's an old saying the fish stinks from the head down. To quote Tony Soprano. This is a case where the boss -- there was a day when he would have thought it was okay because it made money."

The Trump National Doral in Miami will likely still be paid for their involvement in the event given that it was canceled so close to the date.

"Is the business in that much trouble?" asked CNN host Don Lemon.

"That's a good question," D'Antonio responded. "Back in the day, Doral was a fancy club. It was considered one of the classiest golf courses in America. I don't think they did a lot of this back then. I do think the president's golf operations are in need of cash flow. This may have been a thing where -- it's money that matters. And no one thought twice about it. Until the Washington Post published it."