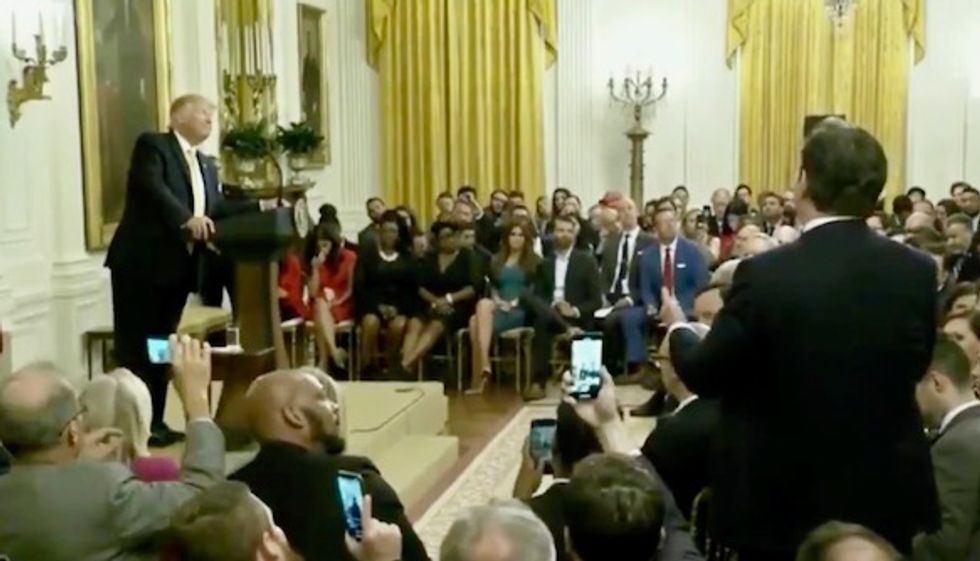 President Donald Trump's "social media summit" was open to the press for only part of the time but some images, video, and stories managed to get out, and it seems like the summit was more remedial than advanced.

It's impossible to know what "crap" the President was referring to but it would not be a stretch to presume he's talking about conspiracy theories, fake news, and false attacks on the left.

It's unclear why the president's son, Donald Trump Jr., was invited

Here’s the president alleging that Twitter officials are engaged in a massive conspiracy to reduce his number of fo… https://t.co/BrdTymMEyX
— Aaron Rupar (@Aaron Rupar)1562877573.0