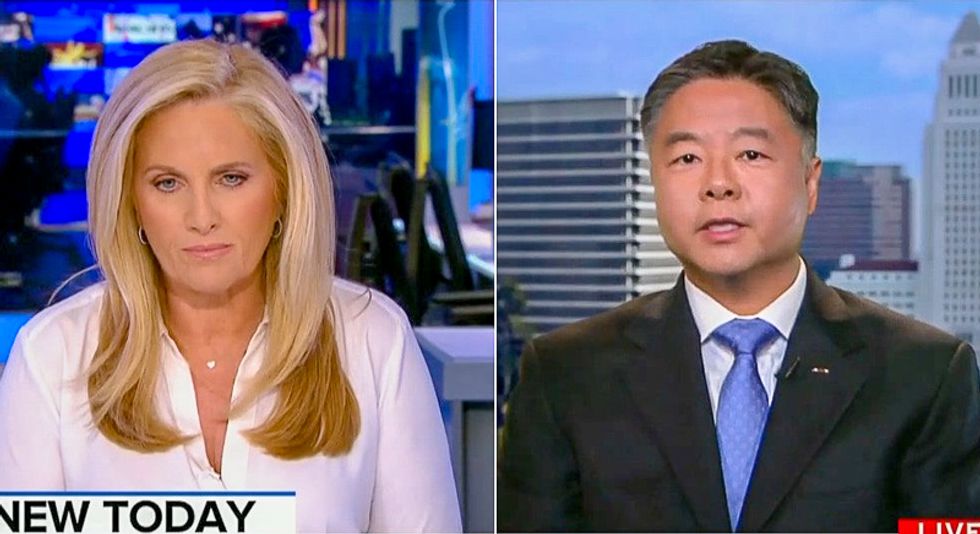 Lieu made the remarks on MSNBC after he was asked about Trump's call for non-white Democrats to "go back" to their country of origin.

"As an immigrant myself, I know that when we came to America, we were poor," Lieu recalled. "My parents went to flea markets to sell gifts to make ends meet, and eventually they opened a successful small business and achieved the American dream. It’s one of the reasons I joined the Air Force."

"I never thought I’d see the day when a president was telling immigrants to go back to where they came from," the congressman lamented. "He’s demonstrating he’s a racist ass. He’s not uniting us."

Earlier, Lieu had called Trump a "racist ass" on Twitter.

Lieu also told MSNBC that Trump is "becoming increasingly more and more unhinged as he sees things are going against him."

"He has not been able to build his wall or make the border situation any better and now he’s trying to do other things to amp up his base," Lieu remarked. "He doesn’t understand most Americans are immigrants or have family members who are immigrants."