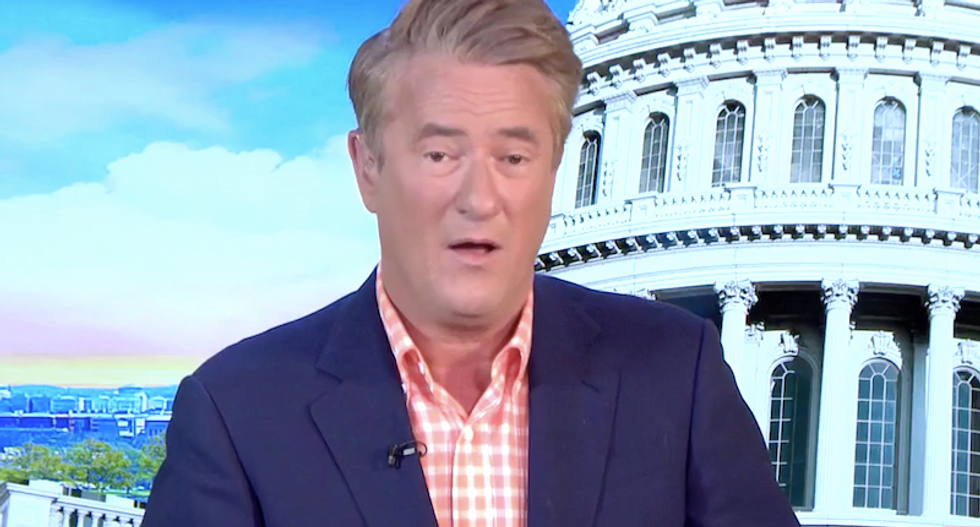 The "Morning Joe" host said the parallels with Nazi Germany were obvious, and he sounded the alarm over Graham's comment that Trump wouldn't want to send Somali refugees like Rep. Ilhan Omar back to their home country if they were wearing "Make America Great Again" hats.

MSNBC contributor Donny Deutch, who had warned of Trump's "Nazi tendencies" earlier in the segment, applauded Scarborough's strong language, and the host warned the president was leading Americans into a dangerous place.

"Nobody's being killed, nobody's being put on trains," Scarborough said, "but there is no doubt that the argument that is coming from Donald Trump -- and again, more frighteningly, from the crowd chanting it -- is this is a white nation. Who are these black women? Who are these Muslims to tell us how to run our country?"

Scarborough said the president's attacks on immigrants violated American values and democratic norms, and he said it would only get worse unless Republicans helped push back.

"It did sound, if not Nuremberg, please help me out -- tell me what other countries do this," he said. "Whatever answer you give me today, it's not going to be good. This stuff doesn't happen in Canada, doesn't happen, you know, in other democracies. It's only happening here right now. We have got to call it what it is. It's frightening, it's undemocratic. It goes against all of our American traditions and it must be called out. It must be stopped."