Black MSNBC host schools Joe Walsh on N-word tweets being racist: 'Hard to put the toothpaste back in' 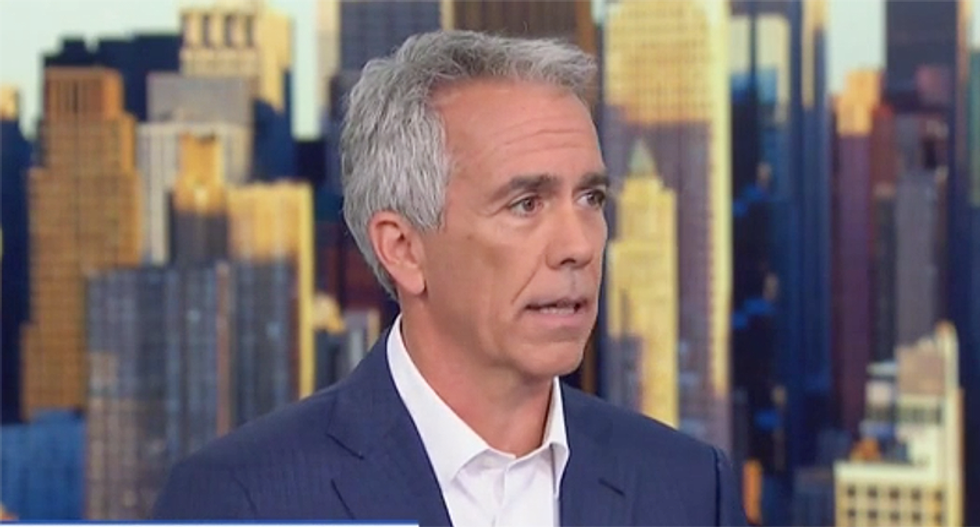 In an interview after Walsh's announcement, Gibson asked hard questions about Walsh's history of racism. Walsh profusely apologized to former President Barack Obama, who Walsh waged war against during his tenure in the White House. While Walsh was not a supporter of the racist birther campaign that Trump perpetuated, Wash does have a history of using racist terms on Twitter.

"You know that you've sent out Tweets that insulting average Americans. You've apologized for using the N-word on Twitter," asked Gibson.

"In an op-ed for many of those things. Isn't it hard to put the toothpaste back in," Gibson explained.

"No. Because, again, think about this, I probably sent out 40,000 tweets over the course of the last years," Walsh said. "Are you going to find 200-300 to say, 'Oh my God, Joe, where you say what were you doing?' You probably would. I would sit down with you, and we would go through those tweets. The one that deserved the apology, I would apologize. I'd own them all. I don't delete Tweets. But here's the difference, Kendis, and let me just get this out. When have you ever heard this president apologize for a damn thing? Never. You can accuse me of I'm weak because I apologize. No. I'm trying to own this stuff."

Walsh said that he doesn't think Trump is a racist, instead, he thinks Trump says whatever it takes to get what he wants.

"I had so much disgust, and disagreement with Barack Obama on policies that I let those disagreements get the better of me and I got personal," Walsh said, not using the title "President" before Obama's name. "I'm running against a guy who is unfit to be president. I'm running against the guy who lies every time he opens his mouth. He's a narcissist like we've never seen. He's a sexual predator. All he cares about is himself. He's cruel. He wakes up every morning and sends a tweet out insulting average Americans. This is above the issues, and it's above me. He's unfit."

Walsh apologized for his previous tweets, saying that they were a response to those saying the "Redskins" was like saying the N-word for Native Americans.