'Can I finish?' Meghan McCain blows up over interruptions -- as Whoopi Goldberg cracks up off-camera 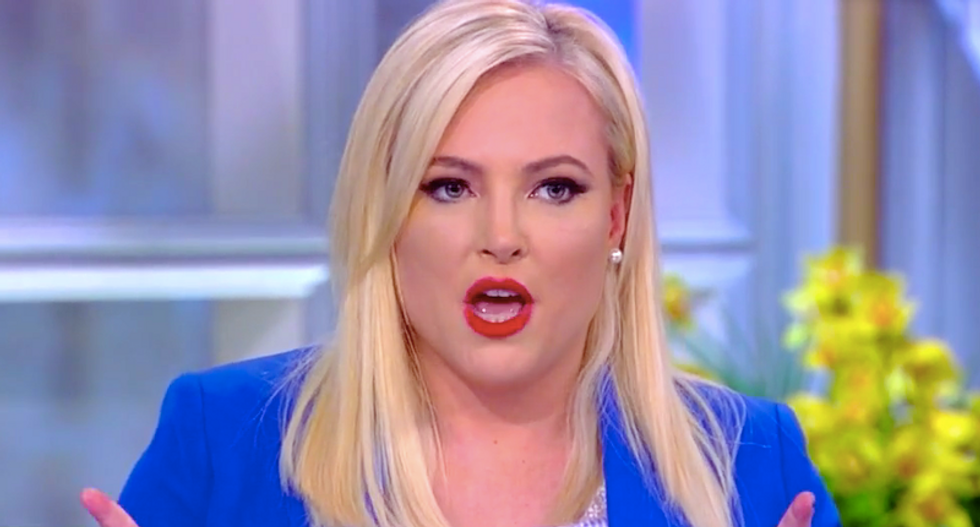 "The View" host Whoopi Goldberg guffawed after Meghan McCain blew up at Joy Behar for interrupting her Democratic debate analysis.

The conservative McCain, like many political observers, was baffled by the candidates' focus on former President Barack Obama, saying he remained extremely popular among Democratic voters.

"One of my best friends texted me -- 'was Obama Republican and we were all just missing that?" she added. "That was absolutely bizarre."

McCain said Jay Inslee and Julian Castro were the biggest losers of the debate's second night, and she wondered why Inslee, the former Washington governor, was even running.

McCain said his performance was still "terrible," and Behar tried to get in another comment.

"His message can be fine," McCain said, "but his performance was garbage."

Behar pointed out that Democratic candidates constantly talked about health care, but only Inslee focuses on climate change.

"Can I finish?" McCain said. "I thought we were going to talk about who did well and who didn't."

Behar pointed out that climate was arguably more important than health care, but McCain wanted to get back to her prepared analysis.

"I think spending 10 hours of my life in the last two days watching these debates," McCain said, glancing over at Goldberg, "I still want to see Elizabeth Warren and Biden go head to head. She was the strongest the night before, and Kamala didn't show up the way she should have and could have, that she did in the first debate, and seeing the strongest candidate from both debates together is what the American public deserves."