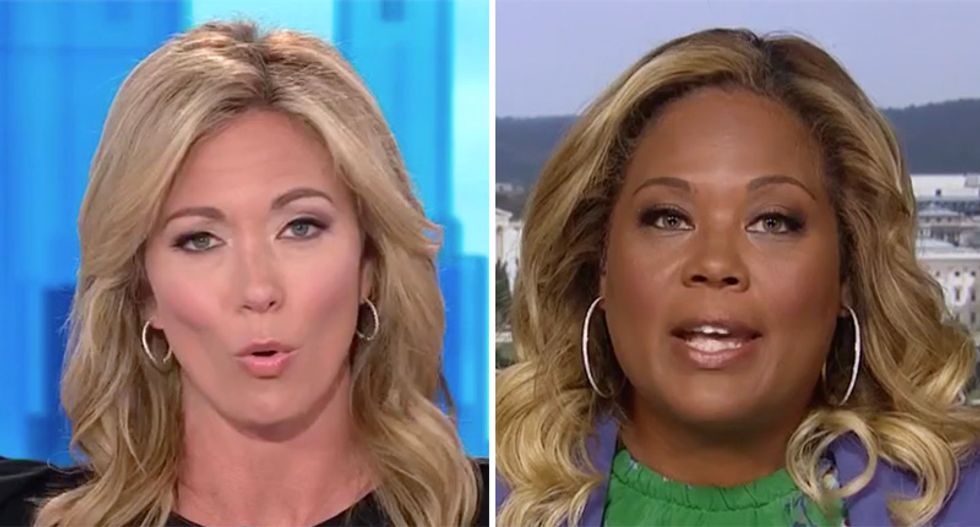 Reacting to a video of Donald Trump bragging in an El Paso hospital about the crowds he draws while visiting survivors of a mass shooting at a local Walmart, CNN host Brooke Baldwin, and regular Tara Setmayer did nothing to disguise their disgust with the president with Baldwin bluntly calling Trump "gutless."

After a terse introduction about the viral video of Trump's boasts that is being universally derided, the CNN host was joined by conservative Setmayer who appeared furious.

"In the past four days, the president has attacked or insulted at least 15 people or groups on Twitter or using the microphone. He couldn't stop himself from lodging insults at 35,000 feet on Twitter against the former vice president, ripping media coverage, turning the attention back to himself," Baldwin began.

"Listen, I know this presidency breaks every norm in the book," she continued. "This isn't about breaking with presidential behavior. This is just wrong. This is gutless. If I don't continue to call it out, then we are normalizing this kind of behavior -- we're better than this."

"What a petty, small, insecure person," Setmayer chimed in. "He never ceases to amaze me at how low he'll go to feed his ego. This is malignant Narcissism 101."

"Here he is in a hospital where people were gunned down, people are recovering from a massacre, partially because of rhetoric that he spewed out of his own mouth that this shooter repeated and posted on the internet," she continued. "It was controversial for him to be there in the first place in El Paso. It was my understanding that there were some victims that didn't want to see him, could anybody blame them?"

"Look at the way this man behaves, this obsession he has with crowd size is just something that is -- it's not normal, it's dysfunctional," she raged. "This is not how a well-adjusted adult behaves. what is he overcompensating for? Bragging about his crowd size while he's in the office?"

"When you're the most powerful man in the world, a lot of things come at you and you just take it," she added. "You don't sit there and go on Twitter and attack people, attack your political opponents."