Dayton shooter may have killed sister and her boyfriend before late night mass shooting rampage: report 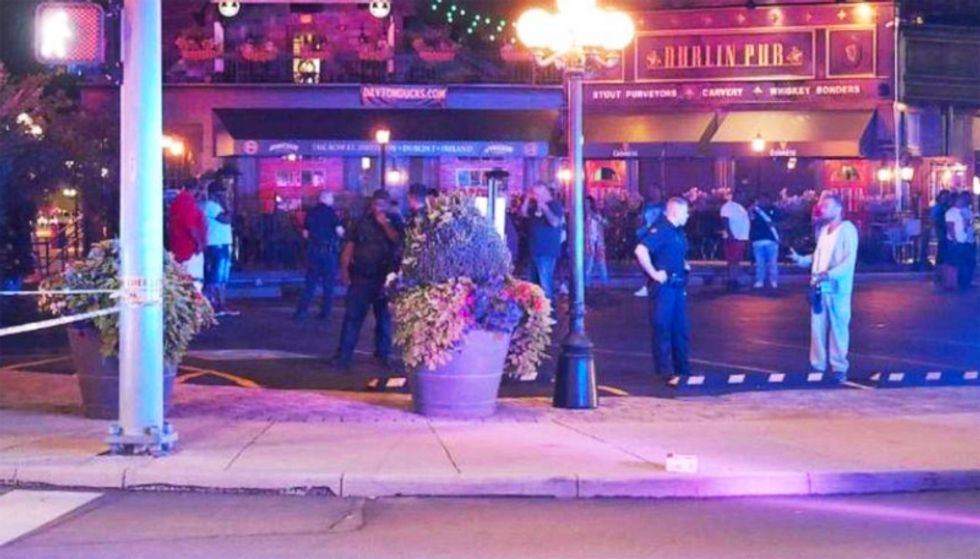 According to a report from MSNBC's Pete Williams, the 24-year-old white male who went on a shooting spree in Dayton early Sunday morning appears to have killed his sister and her boyfriend before he went on his rampage killing another nine.

The shooter, identified as Connor Betts, of Bellbrook, Ohio, was heavily armed as he opened fire in a popular Dayton nightlife district before he was confronted by police and killed in a gun battle.

According to William's report, Betts' sister and what is being reported as her boyfriend, were found in the shooter's car nearby, both dead from gunshot wounds. Williams said police are speculating that they were killed which then led to the mass shooting.

More information to come as it becomes available.