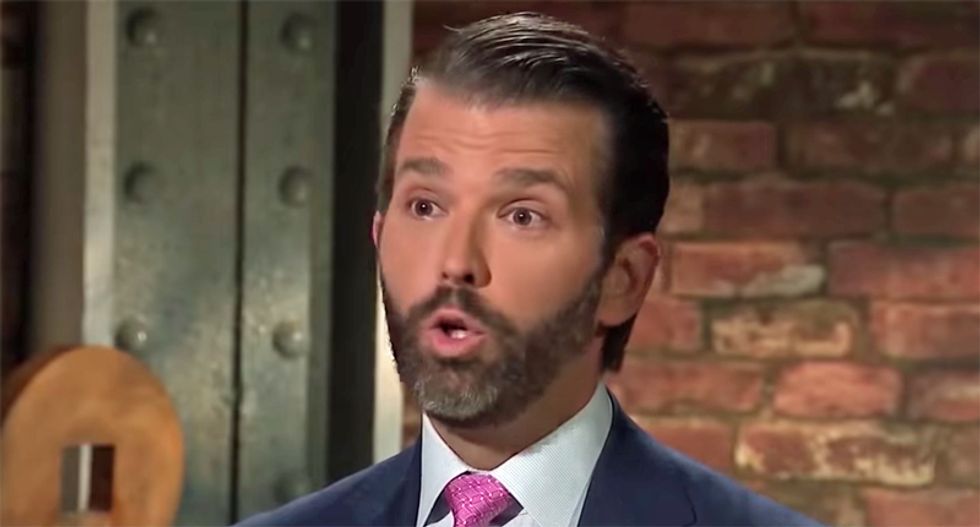 The website, and Donald Trump Jr., prominently highlighted Wright-Piersanti's tweet from Jan. 1, 2010, joking about "Jew" Year's Day, which the president's allies used in an apparent attempt to blunt criticism of the president's anti-Semitic remarks about dual American Jews having loyalties to the U.S. and Israel.

"I was going to say 'Crappy Jew Year,' but one of my resolutions is to be less anti-Semitic," Wright-Piersanti tweeted nearly 10 years ago. "So... HAPPY Jew Year. You Jews."

“This editor needs to be fired immediately and the New York Times leadership needs to explain how and why they overlooked this inflammatory and inappropriate language,” said Sean Spicer, former White House press secretary and soon-to-be "Dancing With The Stars" contestant.

A former White House official described by Breitbart as a person of color told the website that Wright-Piersanti’s tweets prove the Times hosts a "culture of hatred."

“The vile hatred spewed by this New York Times editor is indicative of how liberal media continues to condone, promote, and celebrate racism,” the anonymous former White House official said. “As a person of color, I am all too aware of how media marginalizes minorities and this is another example of that intolerant behavior being given a global platform to fester on the pages of the New York Times.”