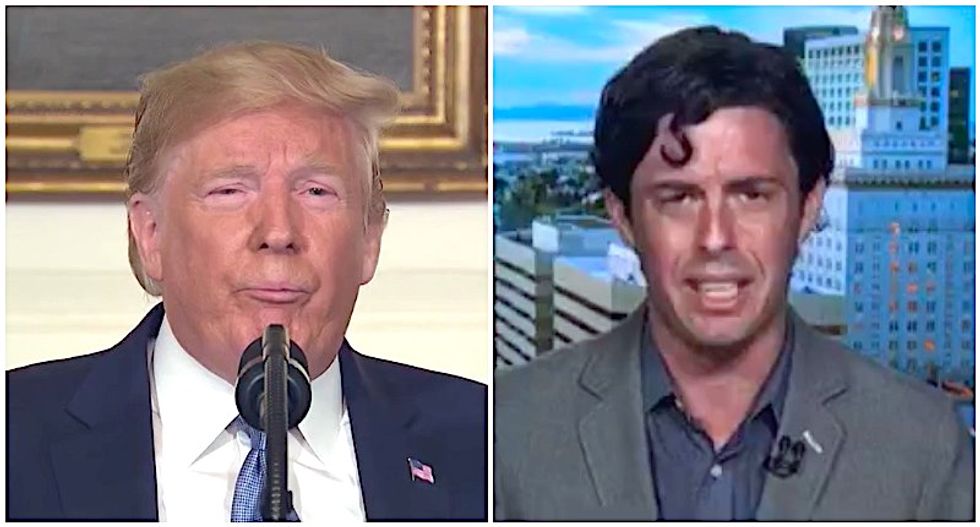 Tim Miller, a former communications director for the RNC and Jeb Bush's 2016 campaign, told MSNBC's Craig Melvin that Trump was incapable of the most basic requirements of his job.

Miller pointed to the president's tweet attacking Beto O'Rourke, the former El Paso congressman who's running for the Democratic nomination.

"I want to call this out," Miller said. "He puts in parenthesis, 'he goes by that time in pretend to be Hispanic,' or something to that effect -- a snarky joke about Hispanics after Hispanics were slaughtered?"

"I get that Beto's been attacking the president, (but) Beto's name shouldn't be in the president's mouth today," Miller added.

Miller said the president shouldn't be talking about anyone but the victims of the shootings, and the heroes who helped save lives during the massacre.

"The idea that he's going to make a joke about Beto's Hispanic background, you know, after this murder targeting Hispanics?" Miller said. "It's just -- he has no capability of doing the minimum that's needed to be done at a time like this."