Ex-Trump official bashes White House 'apologists' who haven't quit yet: 'There's not much hope for them' 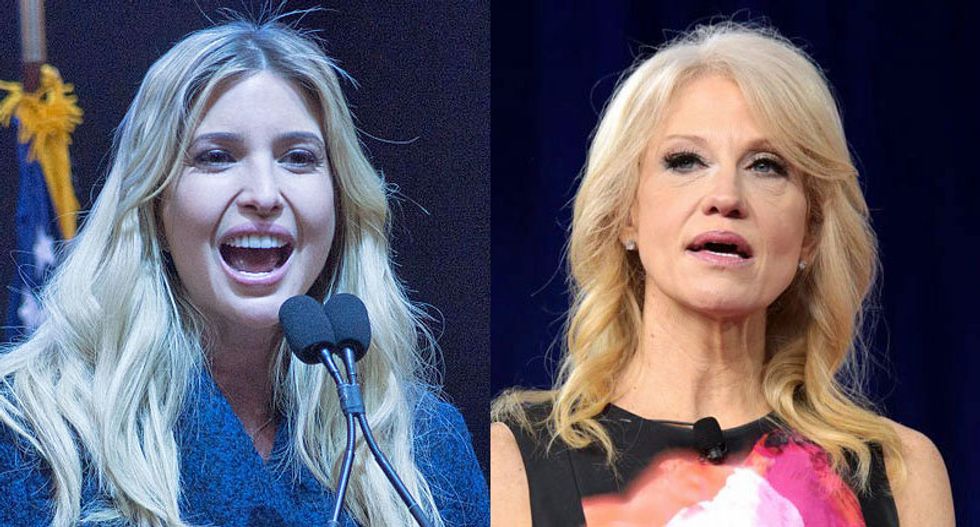 A report on the silence coming from first daughter Ivanka Trump and her White House advisor husband Jared Kushner after Donald Trump attacked American Jews turned to the future of White House aides who are either complicit in the president's policies or stand idly by as he lurches from controversy to controversy.

In an interview with CNN's Brianna Keilar, former Trump adviser J.W. Verret pointed out there are still some "adults in the room" with Trump, but CNN's Kaitlan Collins first pointed out that -- as of late -- Ivanka and Kushner are not among them.

"This fits a pattern that we've seen from Jared Kushner and Ivanka Trump at times during times when the administration tried to repeal parts of Obamacare, and of course, the big one the president has made about Jewish people who are supporting Democrats," Collins explained. "Jared Kushner and Ivanka Trump are both Orthodox Jews. They've been involved with the president on many things. but neither of them have said anything publicly about the president's comments. and when we asked the white house have they been advising the president privately on this, the White House did not get back to us."

Asked about White House officials a who are privately saying the president is becoming increasingly unhinged, Verret said they are not covering themselves in glory by not going public and that they will pay a price after the president is out of office.

"I still have some respect for adults in the room, people who went into this because the guy [Trump] is president for four years, there is no getting around that," he explained. "Congress is not going to move on impeachment obviously at this point."

"They're trying to do the right thing and implement good policy and keep things from going off the rails. but the public apologists for the worst of Trump's impulses ...I think there is not much hope for them."

"I think the world is going to remember the decisions they make now," he added.