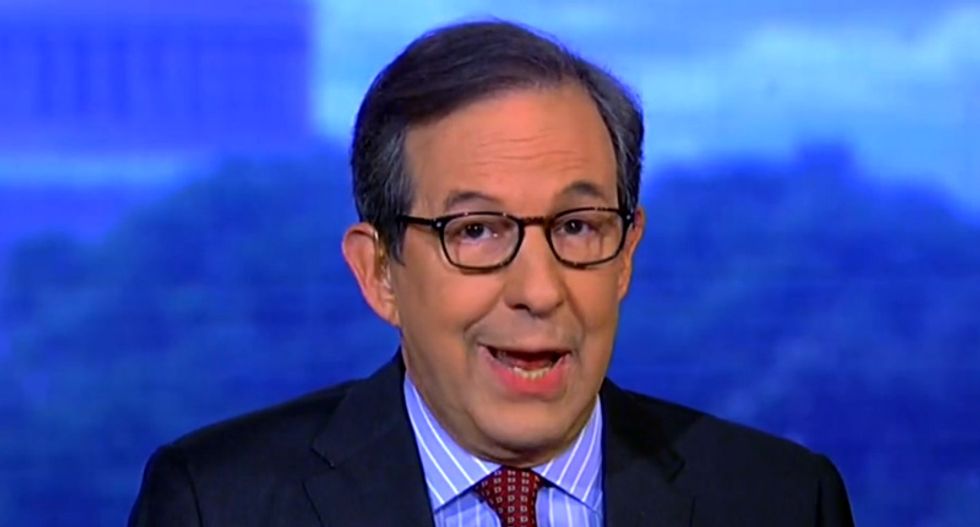 Fox News Sunday host Chris Wallace seemed stunned by a series of angry tweets from Donald Trump on Friday morning, first attacking Fed Chair Jerome Powell for not lowering interest rates than exploding at China over a new round of tariffs.

Speaking with host Sandra Smith, Wallace sat and listened as she read off the president's Twitter complaints about economic events beyond his control, including one telling U.S. companies to take their manufacturing business elsewhere.

"We are just all learning of this at the same time, but the best I can tell, the American president can’t order U.S. companies how they’re going to do their sales and where they’re going to have their supply chains," Wallace lectured. "We have a free-market capitalist system."

"I don’t think the president can order a car company to move some of its factories from one place to another," he continued. "He could impose tariffs or make it economically untenable, but he can’t sit there and order the CEO of the board -- and my guess is most people in this country wouldn’t want to see the president be able to do this."

Noting Trump's inflammatory comments about Powell, calling him a "enemy" and comparing him to China's leader Xi Jinping, Wallace said the president's comments about one of his own appointees were concerning.

"We have to drill down on the statement, who was a bigger enemy to this country? The head of the Federal Reserve Jerome Powell who was appointed by President Trump, or Chinese president Xi?" Wallace asked.

He later asked, "When you have the president of the United States sort of flailing around this way and ordering companies to move back to the U.S. and saying that the head of the Federal Reserve is the enemy of the country, is that going to create more consumer confidence about the state of the economy or not?"

Smith replied by pointing to a chyron showing the stock market tanking, while adding, "It's creating more uncertainty in the market."