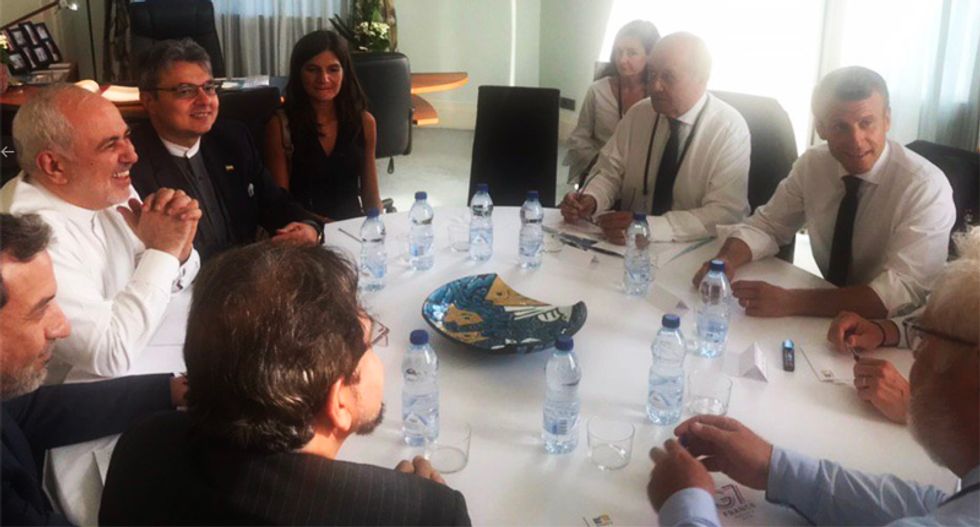 Iran Foreign Minister Javad Zarif used Donald Trump's favorite social media platform to get in a dig at the president and rub his nose in the fact that French President Emmanuel took time out from the busy G7 meeting he is hosting to sit down with him.

The White House was reportedly blindsided by Macron's invitation that had been kept a secret from Trump and now, if Trump wanted proof of the meeting, he need only hop on Twitter to see the evidence.

As Zarif wrote, "Iran's active diplomacy in pursuit of constructive engagement continues. Met @EmmanuelMacron on sidelines of #G7Biarritz after extensive talks with @JY_LeDria & Finance Min. followed by a joint briefing for UK/Germany. Road ahead is difficult. But worth trying."

You can see the tweet, with the accompanying happy photos below: