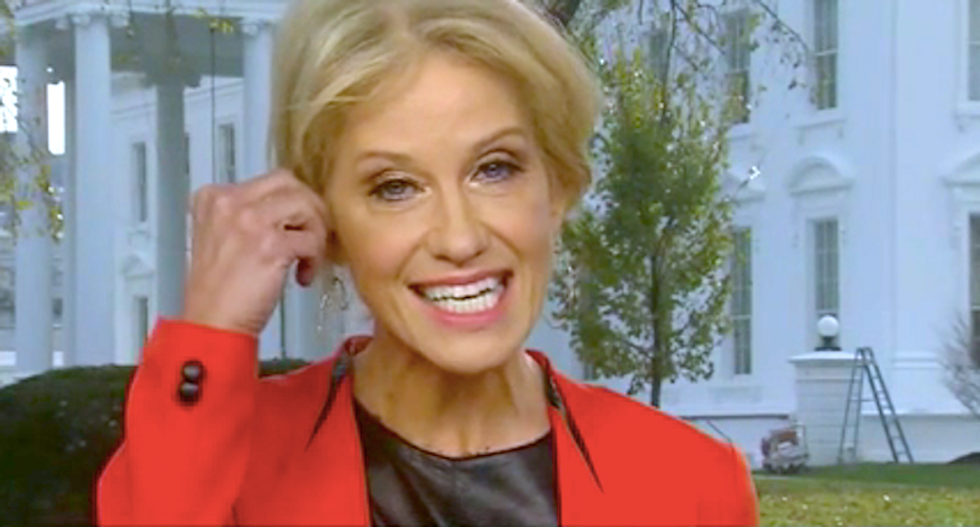 Kellyanne Conway is suggesting the Dayton gunman's left-wing views motivated his mass shooting that killed nine people, including his sister -- but she's facing a strong pushback.

The White House adviser claimed on Fox News that Sen. Elizabeth Warren (D-MA) may share some blame for the killings, because the 24-year-old gunman had expressed support for her presidential campaign on social media, and she shared a CNN report about his political views.

Daily Beast politics editor Sam Stein called attention to Conway's post, and she quickly suggested he was blowing her tweet out of proportion.

Stein responded by asking her to explain why she'd posted the story.

"Not bothered. confused," he tweeted. "It suggests that you believe his motive was political. Do you? If so, what information do you have to support that. And while I have you. I can’t seem to find the instance of you sharing a story about the El Paso gunman’s motivations. Can you explain why?"

Conway did not immediately respond to Stein's questions, but other Twitter users seemed to agree she was blaming the Massachusetts Democrat for the Dayton shooting to remove some blame for another shooting, in El Paso, from President Donald Trump's shoulders.

@KellyannePolls Have Warren and Sanders been calling for high school students to have hit lists and refusing to ena… https://t.co/m5bCWeECMO
— Art Martin (@Art Martin) 1565095595.0