Maddow bursts into laughter: ‘Trump is going to buy Greenland and turn it into a golf course’ 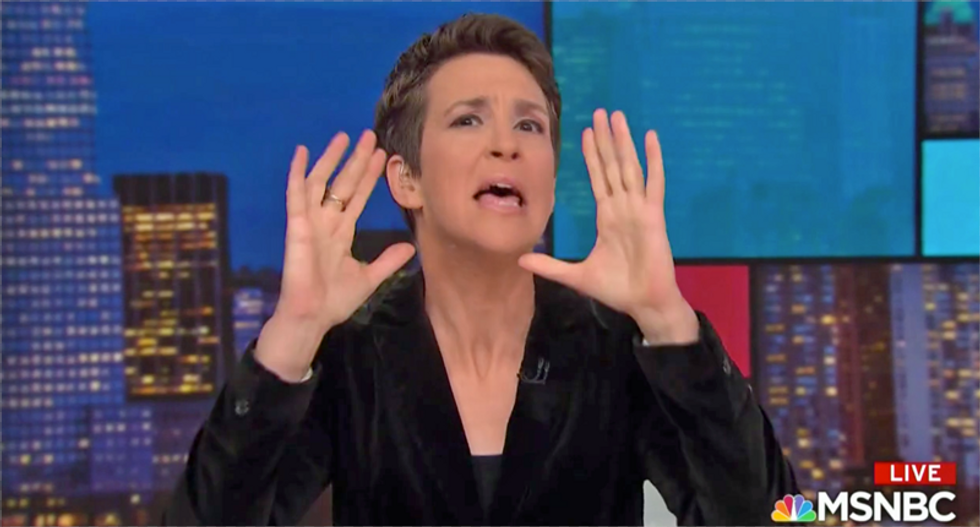 MSNBC's host of "The Rachel Maddow Show" offered her own hilarious theory as to why President Donald Trump is reportedly trying to buy Greenland.

She began with, "the idea that Donald Trump is going to buy Greenland and turn it into a golf course now that all the ice is melting."

"So us talking about it, I feel a little bit like we’re being complicit in that other person’s mean trick," she added.

"And I know that this is like the number one trending topic worldwide right now. I know it is a very popular topic of conversation this evening for all of the obvious reasons, but I will just say if you know the president, if you are — you know, you go to dinners with him, you go to roundtables with him -- if you are in position to play this kind of a mean joke on President Trump, understanding the contours of his mind and his ego and knowing he might not really get that it’s a joke and he might really run off with it and think he could do it, I mean just do the country a favor and make it a more constructive joke," she said.

Maddow then offered some possibilities.

"I mean if you know how his mind works, if you are going to play a joke on a president for whom nothing is off-limits and nothing is ridiculous as long as it might provide him something he wants, then pick something that would help the country or that at least would be harmless or funny in the long run," she suggested.

"I mean now this guy is actually going to go try to buy Greenland — he’s due to go to Denmark next month. Right now it appears he actually thinks he can buy Greenland and he might try to on behalf of the United States of America in real life," she explained.

"And that would make for an excellent plot for a "Simpsons" episode. I’m sure someday this whole episode will make a hilarious off-broadway musical. Choose your jokes carefully with this particular mind. He will believe what you tell him. The fail-safes won’t work. The intelligence community will show up to brief him that, 'Sir, it’s not actually possible for you to buy Greenland' and he’ll dismiss them and call them the Deep State and the only hope we'll have for shaking this idea loose out of his head will be if 'Fox & Friends' can be drafted on behalf of the nation to fact check this someday, to break the sad news to him," she continued.

"How else do we get out of this problem now? This is our life now," Maddow added.