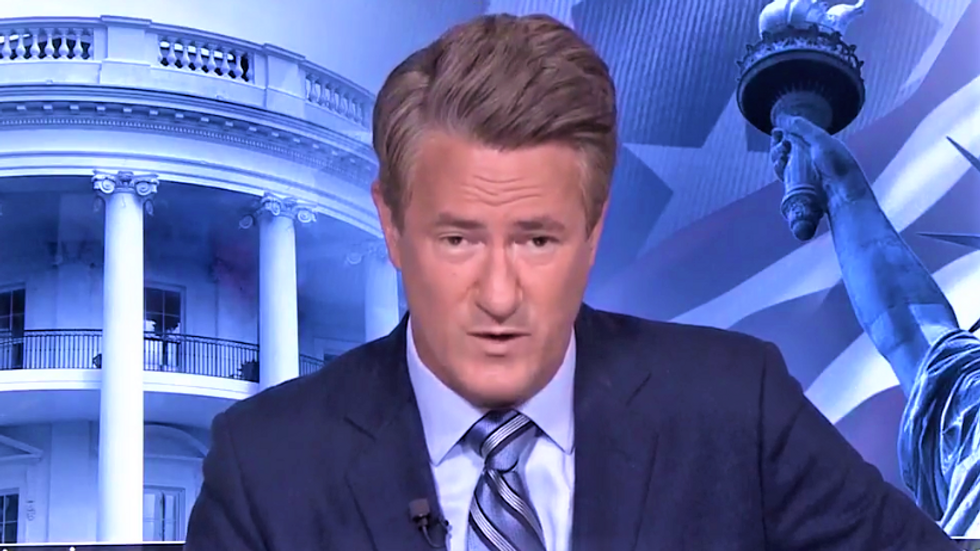 Reviewing the weekend's news that convicted pedophile Jeffrey Epstein appears to have committed suicide while in federal custody -- and Donald Trump's response to it -- "Morning Joe" host Joe Scarborough claimed that the president hinting that Bill and Hillary Clinton were behind the death is a sign of Trump's mental decline.

"Well, the president has long trafficked in conspiracy theories," Lemire began. "He of course was at the forefront of the birtherism movement saying that Obama was not born in the U.S. -- which is a lie -- and he talked about Ted Cruz's father perhaps being involved in the JFK assassination."

"Just hours after Epstein's death was reported, he [Trump] took to Twitter and retweeted a couple of conspiracy theories that suggested his predecessor, Bill Clinton, perhaps was involved with this death," he continued. "You know, the president himself didn't say these things. he's quick to hide behind the idea that it's just a retweet. He's done that in the past when he's put up inflammatory things but I think this really needs to be focused on here."

Host Scarborough, noting a report that former White House official Anthony Scaramucci made scathing comments about Trump's mental fitness over the weekend in a battle with the president, echoed the same sentiments.

"The president almost does Anthony Scaramucci's work for him when Scaramucci suggests that the president is getting worse," the Morning Joe host insisted. "How chaotic things have gotten, how you look at Jonathan Lemire's article from a few weeks ago talking with the Associated Press about how many people around the president who say his management style is becoming outrageously unmoored -- and then he caps that off by accusing the Clintons of murder?"

"It does just seem to keep getting worse and the president seems to become more and more unbalanced," he added.