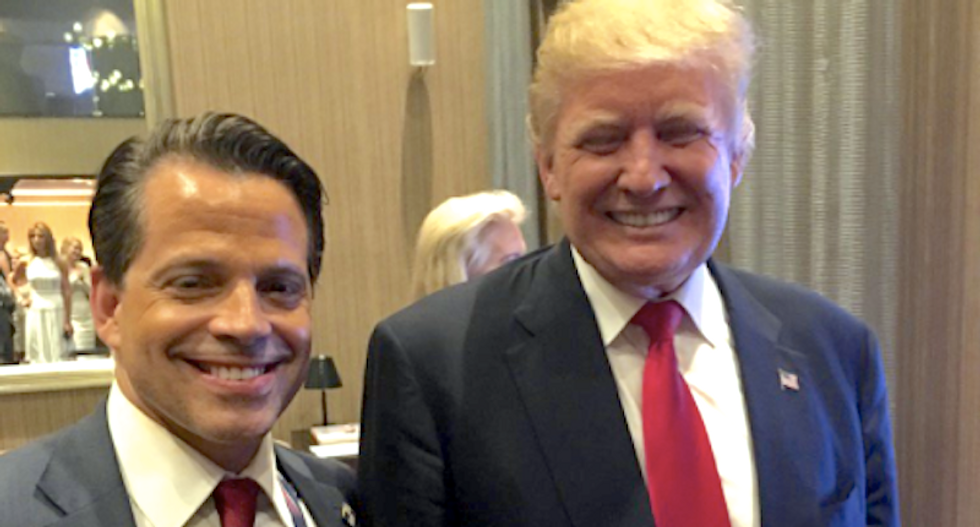 A former ally of President Donald Trump, Anthony Scaramucci, has had a very public falling out, and it just got worse.

The feud began when Scaramucci appeared on HBO's "Real Time with Bill Maher." Trump then spent his Saturday going after Scaramucci as a result. Scaramucci ultimately left the president's loyal follower list, saying that Trump eventually turns on everyone that was his friend.

"For the last 3 years, I have fully supported this President. Recently he has said things that divide the country in a way that is unacceptable. So I didn't pass the 100% litmus test. Eventually, he turns on everyone and soon it will be you and then the entire country," he wrote.

An Axios interview Scaramucci said that Trump was akin to a melting nuclear reactor and he confessed that he might be willing to support the right Republican challenger against the president.

"We are now in the early episodes of 'Chernobyl' on HBO, where the reactor is melting down, and the apparatchiks are trying to figure out whether to cover it up or start the clean-up process," Scaramucci told Axios. "A couple more weeks like this and 'country over party' is going to require the Republicans to replace the top of the ticket in 2020."

Scaramucci has gone above and beyond for Republican candidates, including the president, but if Trump "doesn't reform his behavior, it will not just be me, but many others will be considering helping to find a replacement in 2020."

"Right now, it's an unspeakable thing," the man known colloquially as, "The Mooch," told Axios. "But if he keeps it up, it will no longer be unspeakable. The minute they start speaking of it, it will circulate and be socialized. We can't afford a full nuclear contamination site post-2020."

Trump's new press secretary, Stephanie Grisham, said that Scaramucci sounded like "his feelings are hurt" over Trump's statements. It's an ironic statement given the president spend his Saturday night on vacation attacking a former employee.

You can read the full interview at Axios.