Trump’s ‘mind-numbing’ lies are ‘getting worse’ -- and even White House aides are ‘baffled’: Morning Joe 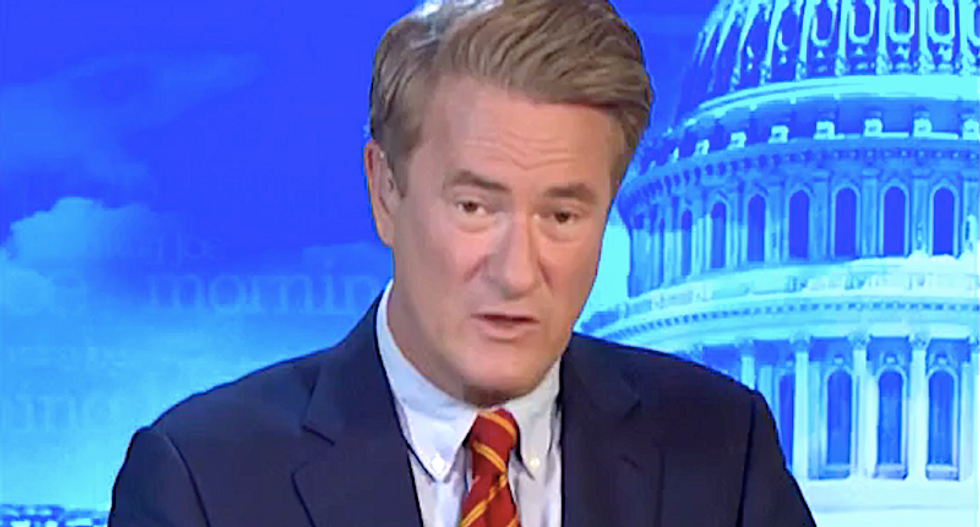 MSNBC's Joe Scarborough warned the situation inside the White House is "getting worse."

The "Morning Joe" host highlighted President Donald Trump's "abnormal" views on foreign policy in Wednesday's episode, and then walked through the president's frequent flip-flops and the mental gymnastics his supporters must perform to stay loyal -- and Politico reporter Jake Sherman said the situation was exhausting to cover.

"We're getting to a point where there's a case to be made as a journalist, as an objective journalist, that there isn't much upside in giving a lot of stock in listening to the White House," Sherman said, "since basically everything they say is turned around by the president or undermined by other pieces of facts that we see other places outside of the White House. I mean, from Greenland to the background checks to the payroll tax cut. I mean, everything this White House says is undermined by something else."

Scarborough interrupted to say that critics of the mainstream media would point out that reporters should have already known Trump had no credibility, but he said the problem went beyond that.

"Of course, we all did see this coming for years," Scarborough said, "but I want to pick up on what I have been underlining for the past week -- it's getting worse."

Sherman agreed, but he said the problem goes beyond the president.

"For a reporter that has to deal with the White House on an every day basis," Sherman said, "it's mind-numbing and your head is spinning almost every day, because you don't know up from down and your assumptions, your reality-based assumptions, are challenged by an institution that really has no sort of logical progression of thought, and the people in the White House, by the way, that are charged with achieving his priorities are also just completely baffled by a president who just looks like he's spinning around in circles without any sort of goal in mind."