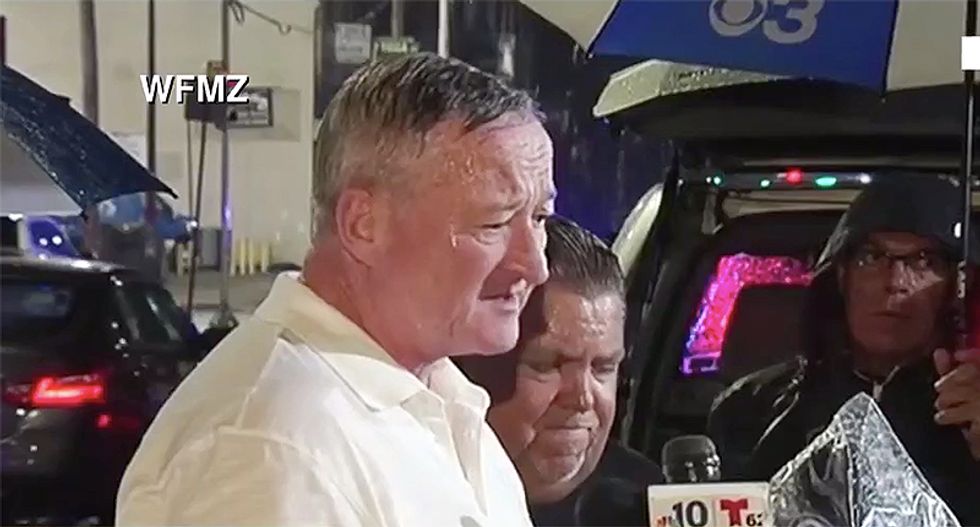 Officials in Philadelphia announced late Wednesday night that the hostage situation has now turned into a barricade situation after police were able to get everyone out of the house where a shooter was open firing on police.

The situation began at 4:30 p.m. EST and has continued well into Wednesday evening. Two police officers were still inside as were other people. The shooter was still firing on officers, shooting at least six, one of whom was grazed in the head. All of the officers are expected to survive. According to the briefing, the officers serving a warrant sought to clear the house before conducting a search. That's when they got trapped upstairs, taking gunfire.

"It's nothing short of a miracle that we don't have multiple officers killed today," said Police Commissioner Richard Ross.

Mayor Jim Kenney heralded the work of police officers. He noted they were able to secure the neighborhood, ensure no civilians were hurt, get hostages out, and no one was killed in the process.

The mayor and his allies took things further, saying that there was no reason that someone should have amassed this kind of arsenal unless they were planning to harm people.

"But our officers need help," Kenney told the press. "They need help with gun control. They need help with keeping these weapons out of peoples hands. I have told you earlier, the two boys that were the officer had his head grazed. Just a little bit more and those two boys will grow up without a dad, because this government, both federal and state-level don't want to do anything about getting guns off the street."

The mayor talked about the shooter as "a criminal" with "a long record" who was still able to get weapons.

Not only did he acquire a gun, but the mayor said he had "a large magazine, a large amount of bullets. Whether it was the six officers or some kid on the street of Philadelphia who gets shot with guns that shouldn't be in peoples hands. It's aggravating and sad. It's something we need to to do something about it."

"Our officers deserve to be protected, and "don't deserve to be shot at by a guy for hours with an unlimited amount of bullets. It's disgusting. We need to do something about it."

Sen. Marsha Blackburn (R-TN) took to the floor of the U.S. Senate on Monday to attack President Joe Biden.