'Political suicide': Ex-White House official warns Trump the GOP and voters will turn on him if a recession hits 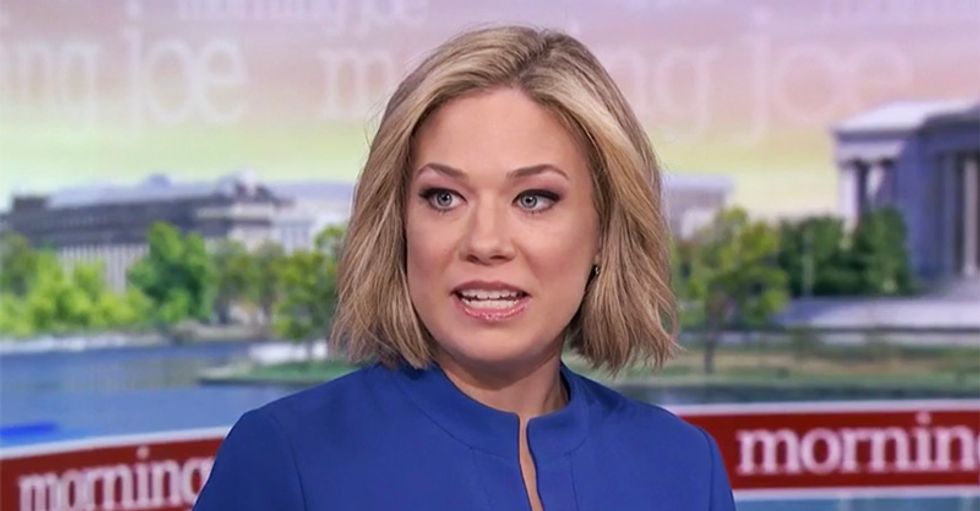 Sitting in on an MSNBC "Morning Joe" panel, a former aide to President George W. Bush warned  Donald Trump that he committed "political suicide" with his tariff war that is helping send the U.S. into a possible recession and that he can expect Republican lawmakers to abandon him.

Speaking with fill-in host Willie Geist, Elise Jordan was asked about Trump tweeting up a storm about the economy on Wednesday as the stock market was plummeting.

"For all of the storms of his presidency, he has always come back to the economy," Geist began. "But if the global economy, including the United States, takes a step toward recession what does that mean for his presidency?"

"Woo," Jordan began. "It's political suicide. I mean Donald Trump's political strength is premised on the idea that he has maintained and protected and cultivated a strong economy."

"His supporters and detractors overall have agreed that the economy has been pretty good during the time of his presidency, " she continued. "You talk to voters and they love the economy right now. And if that drops off, it becomes much harder to excuse away the underlying instability and racism of the administration and Donald Trump's constant statements"

"There no longer is the excuse, 'I'm a Republican who supports Trump because I like the economy,'" she suggested. "That's a lot harder to say."