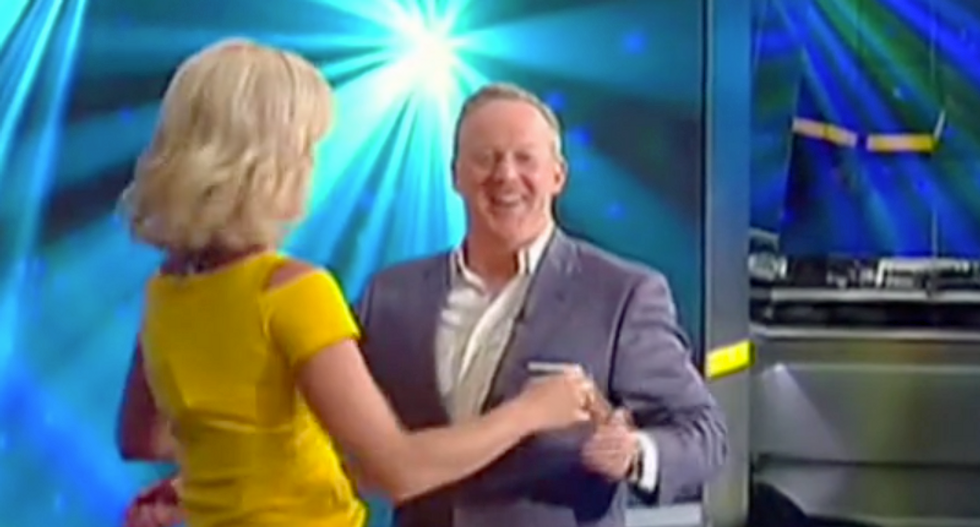 Sean Spicer retreated to the friendly environment of Fox News on Saturday following a week of being publicly denounced.

In a widely criticized decision, ABC announced that President Donald Trump's former White House press secretary would be a contestant on "Dancing with the Stars."

ABC was blasted for "normalizing fascism" by allowing Spicer to rehabilitate his public image on the show.

"All right Sean, we saw you dance with Ainsley, you have no rhythm at all, which we knew that going in because you’re from Rhode Island, I don't think there's ever been anybody from Rhode Island that can dance," the host said.

"In my humble opinion, do you think you have what it takes to at least do better than Geraldo and Tucker Carlson?" Watters asked.