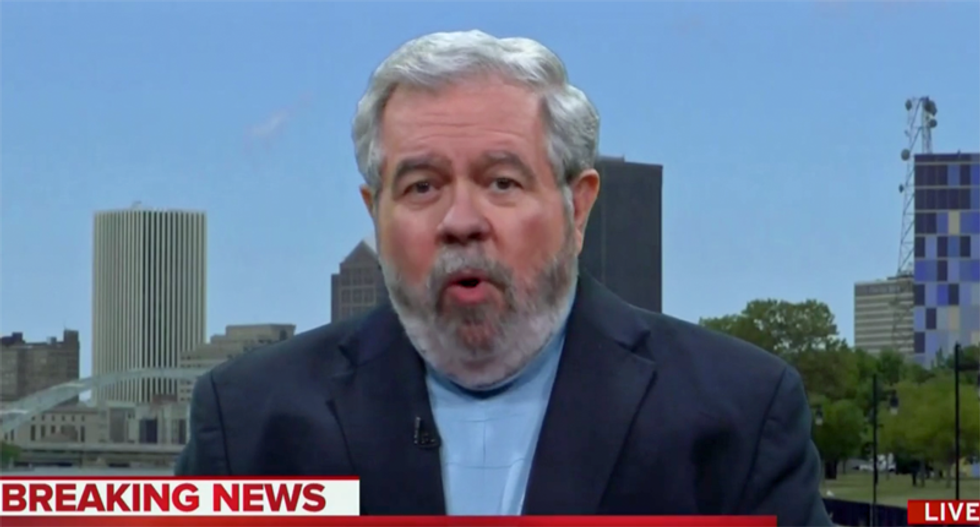 UPDATE: Lawrence O’Donnell has issued a statement on the story:

Last night I made an error in judgment by reporting an item about the president’s finances that didn’t go through o… https://t.co/boKi7CtD8s
— Lawrence O'Donnell (@Lawrence O'Donnell)1567021997.0

On Tuesday evening, MSNBC anchor Lawrence O'Donnell broke a bombshell report that Deutsche Bank has loan applications from Donald Trump that were co-signed by Russian oligarchs.

“The source close to Deutsche Bank says that the Trump tax returns reveal that the president pays little to no income tax in some years,” he said. “And the source says that Deutsche Bank is in possession of loan documents that show Donald Trump has obtained loans with co-signers and that he would not have been able to obtain those loans without co-signers.”

If confirmed, it could make impeachment "absolutely inevitable."

"If Deutsche Bank has Donald Trump’s tax returns, isn’t the only purpose for a bank to have tax returns is for loans?" O'Donnell asked. "Is there — I can’t think of any other reason why the bank would have his tax returns."

"No, the bank gets your tax returns or a transcript of your information. If you apply for a mortgage, you sign a document allowing your bank to check with the IRS to see if the income you’ve reported to them is the income that you’re reporting to the bank," Johnston replied.

"Now, of course, Donald has a long history that I’ve documented showing two different sets of documents to different people that don’t match up, and one of the interesting elements of this is they apparently have drafts as well as signed, filed tax returns. In examining the difference between those could be revealing about Donald’s behavior," he explained. "Remember, a tax return is basically the starting point for an investigation, it’s not the end."

"And, David, you have studied Donald Trump’s wealth, Donald Trump’s earnings over time. You’re one of the first people to puncture the myth of Donald Trump as a billionaire. We heard in court the lawyers for the House of Representatives who are seeking this information, and they say they’re seeking it in a Russian money-laundering investigation. That’s why they say they’re seeking it," O'Donnell reported. "If those loan documents show co-signers, let’s just go to that, your understanding of Donald Trump’s finances by the time he’s trying to get loans from Deutsche Bank after every other bank has turned him down. Would it make sense that he needs co-signers at that point?"

"And Donald I’ve argued on your show and others for several years now that Deutsche Bank in making these loans had to have someone in the background that was guaranteeing these loans. It would be surprising if they’re actually co-signers. That would be absolutely astonishing and I would think mandate his removal from office," he continued.

"Well, it would be the best place for him to go and it fits with the family’s own public statements -- that they’ve tried to walk back since -- about getting lots of assets from Russia," Johnston replied. "But, you know, Donald may well have other backers. The next places to look would be the Saudis, the Emiratis and perhaps some people in Turkey, given Michael Flynn, his National Security Adviser, having been on the payroll illegally of Turkish interests when he was in the White House."