‘They’re all laughing at you’: Trump ridiculed for claiming US economy is ‘the talk of everyone’ at G7 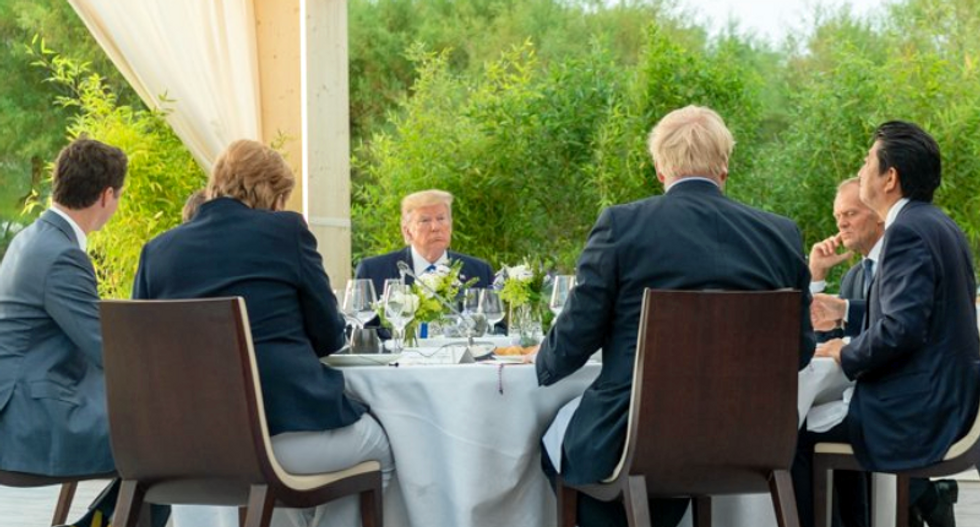 White House photo of President Donald Trump with world leaders at the G7.

"Our great economy is the talk of everyone!" Trump claimed, one day after U.S. markets plummeted as his trade war with China escalated.

With many worrying Trump is causing a recession, the president was brutally mocked for his tweet.

Here's some of what people are saying:

@realDonaldTrump If it is so great, then why do you keep bitching about wanting a massive rate cut and delaying tar… https://t.co/SxtIPviDfX
— Samir (@Samir) 1566687783.0

@realDonaldTrump Oh that’s not what everyone is talking about. I assure you.
— TheInsistence (@TheInsistence) 1566688431.0

@PalmerReport @realDonaldTrump Grandpa is trying to use the internet again. https://t.co/tYCPK6Lwmw
— justin (@justin) 1566687266.0

@realDonaldTrump Just because you talk to everyone about it, that does not make it the talk of everyone.🤪
— Carole Moss (@Carole Moss) 1566688868.0

@realDonaldTrump Actually, how you’re screwing up the economy is the talk of everyone
— tom briody (@tom briody) 1566688281.0