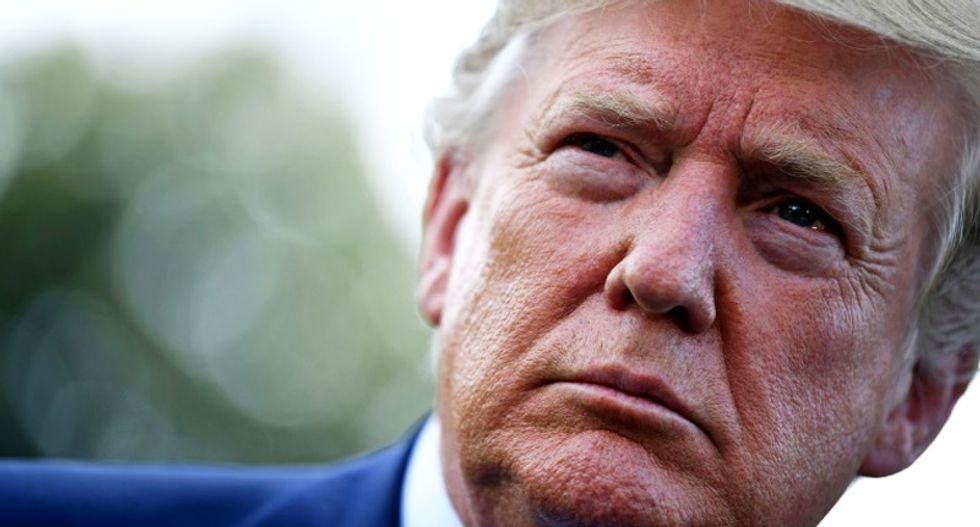 According to a report from Politico's Playbook, Republican fortunes --as well as Donald Trump's 2020 re-election prospects-- don't look good in the 2020 general election as a special election to fill an open House seat serving North Carolina’s 9th Congressional District is much closer than the GOP would like.

The report notes that a district Trump won by nearly 12 points in 2016 is in play between Democrat Dan McCready and Republican Dan Bishop and is within the margin of error 10 days before Election Day.

Politico reports that the Republican nominee for the seat is between 2 and 4 points ahead in GOP internal polls -- which is actually an improvement over the past few weeks.

The report also notes that McCready's own polls show him with a 1 point lead -- and that both parties now see the election as a toss-up.

According to Politico, "[Trump] is going to try to move the needle with a visit the week after next, but some Democrats are whispering the trend lines are in their direction, with the early indications favoring McCready. McCready ran in 2018 -- so he has a lot of momentum, and recognition."

Additionally, the GOP is dumping money into the race in an effort to avoid the embarrassment of a seat in Trump country going to a Democrat.

"The NRCC, Congressional Leadership Fund and Club for Growth have combined for nearly $6 million in spending in this race. The DCCC and House Majority PAC are in for a bit more than $1 million. McCready has vastly outspent Bishop, with the Democrat doling out $4.7 million compared to Bishop’s $1.7 million," the report states, adding that losing the special election "of course, would be a very big deal. Combine that with the wave of Republican retirements -- and the expectation for more after the recess -- and Republicans are going to have a tough time explaining their current political fortunes. Republicans could easily still pull this thing out."