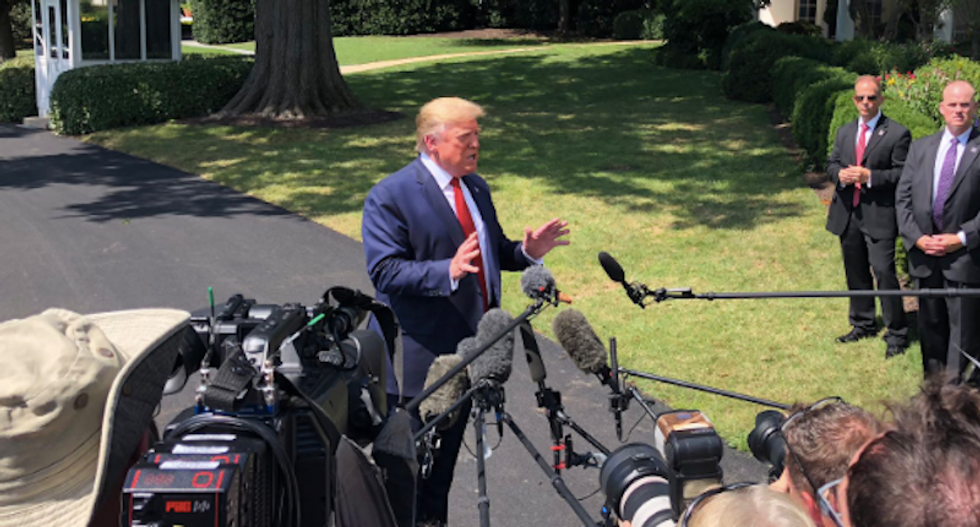 President Donald Trump declared himself "the chosen one" just hours after a superfan declared him the "second coming" and the "king of Israel" -- prompting "antichrist" to trend online.

The president addressed reporters Wednesday on the White House lawn, where he discussed his trade war with China.

“I am the chosen one,” Trump said, looking up at the sky.

Trump insisted he had not sought out a trade war with the global giant, but claimed "somebody had to do it."