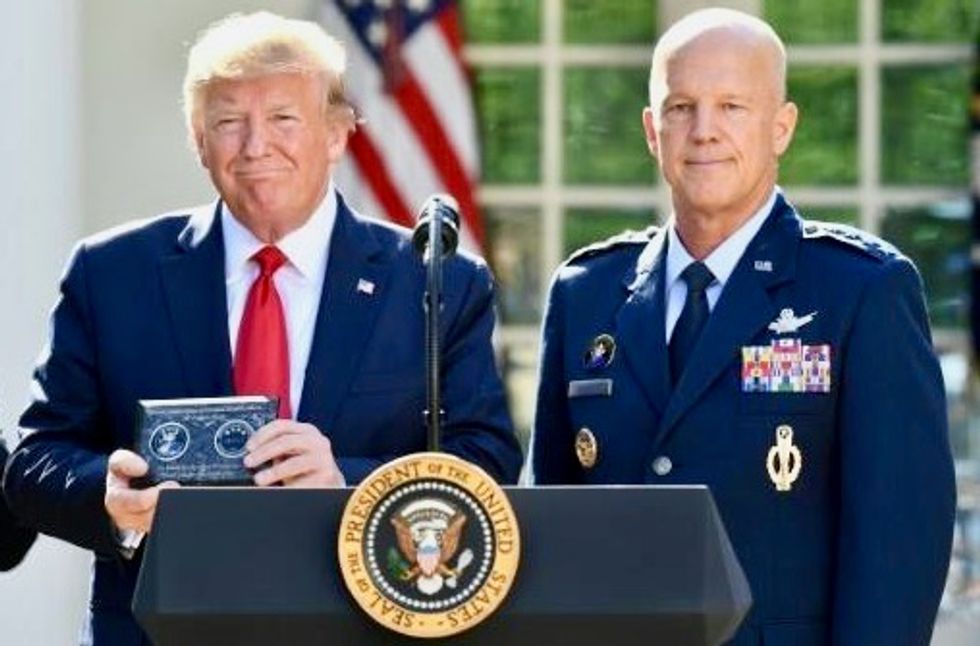 "This is a landmark day, one that recognizes the centrality of space to America's security and defense," Trump said in a White House ceremony.

"SpaceCom will ensure that America's dominance in space is never threatened."

The new command will elevate space -- largely the satellites and high-altitude aircraft essential to modern-day warfare -- to a focused theater of combat, the equivalent of US Central Command governing the Middle East and the Pacific Command, which manages US defenses in the Western Pacific and Southeast Asia.

While the Department of Defense already has a unit of the Air Force focused on space warfare, the new command will heighten its importance and foster the specialized systems and training for "Star Wars"-type showdowns.

Air Force General John Raymond, who will lead the new command, said US rivals are already focused firmly on how to fight in space as part of a broader conflict.