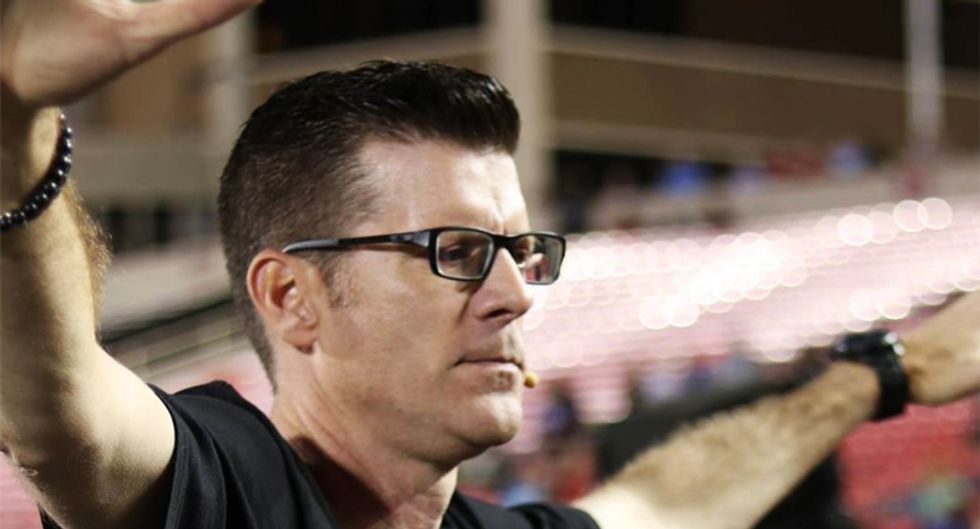 In a column for the Washington Post, an evangelical leader who admits he voted for Donald Trump in 2016  is very displeased that the president anointed himself the "chosen one" when speaking with the press on Wednesday.

According to Jay Lowder who heads up the Harvest Ministries in Wichita Falls, Texas, the president stepped over a line with his boast -- calling it "disturbing."

"Since President Trump’s election, many in the evangelical community have lauded him, grateful for his work to protect and propel some of the Christian values we hold so dear," before pointing out that a comparison to Jesus by man who "claims to be a Christian" is nothing less than " shocking, blasphemous and sacrilegious."

As bad as that, Lowder contends, is the silence of his fellow Christians for biting their tongues and saying nothing.

"The silence from my fellow evangelical colleagues, ministry partners and friends that has followed is deafening. Many of them refuse to call out moral failures on the right that they have so vehemently attacked on the left," he accused. "In the evangelical community, we have come to incorrectly believe that any critique of Trump only serves to promote the party on the left. But embracing critiques proves we are objective, not blind to the flaws in political parties or our presidents."

"Trump is neither the 'Second Coming of God' nor the 'Messiah," he continued before warning, "Messianic claims are dangerous, because God does not share glory with anyone."

Lowder noted that he not only voted for Trump but also attended an event at the White House.

"I am a conservative evangelical who cast my vote for Trump for the very same reason many other evangelicals did: his conservative stance on issues concerning abortion and religious freedom. I visited Washington last October for a briefing at which faith leaders listened to White House officials address many policy issues," he explained before claiming that Christian evangelicals who fail to call Trump out when he deserves it are crippling their own cause.

"Christians cannot proclaim their morals, family values and faith, then sit down when such values are tainted and misrepresented by the very leaders we say we support," he cautioned."Inconsistency is at least one reason I hear a growing antagonism toward evangelicals. As a full-time evangelist traveling all over the United States, I find it increasingly obvious that many people legitimately see evangelicals as hypocrites. Why? Because too often, we dismiss or excuse every indiscretion of the president by approving his other accomplishments."

Writing, "As evangelicals, we have taken a hard line on conservative values, but we have also been moving our standards to fit our narrative," Lowder suggested that continuing to turn a blind eye to Trump's un-Christlike behavior and comments will come back to haunt them

"We will continue to lose credibility and display a polluted brand of Christianity that is word without deed — completely unlike that of the true Messiah we claim to follow," he warned.