Trump’s ‘indefensible’ comments just made it ‘much much harder’ for GOP to win in 2020: Ex-RNC Chair 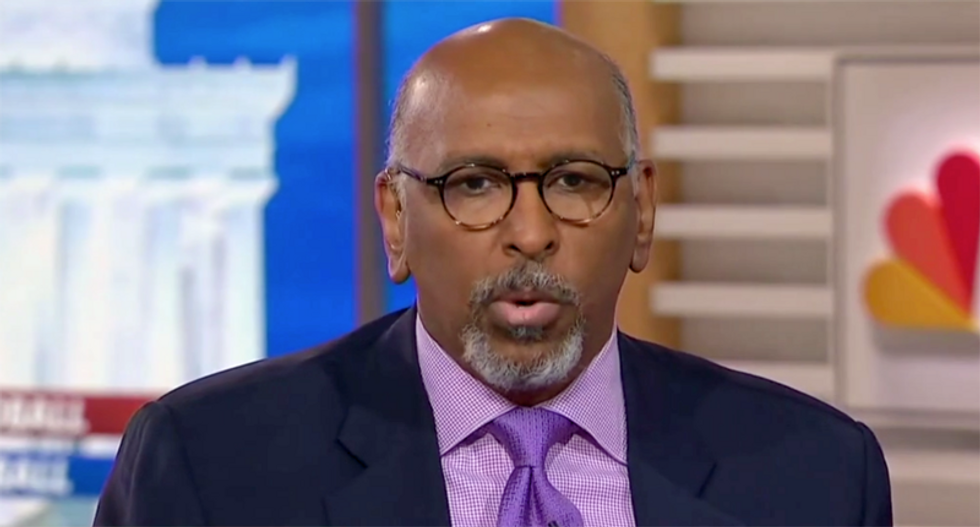 President Donald Trump's latest anti-Semitic trope is going to make it "much much harder" for Republicans to hold control of the White House in 2020, the former chair of the Republican National Committee (RNC) explained on MSNBC on Tuesday.

Michael Steele was interviewed by MSNBC's Chris Matthews on "Hardball."

"There’s a long-respected leader of what's called Jewish Republicans, Matt Brooks -- I've known him for a long time -- this guy has the job of helping get votes, Republican votes, in the community, which generally votes Democrats," Matthews noted. "What is he going to deal with this baby, this assault on religious identity and trying to claim you must vote your group?"

"You already had the Republican Jewish group come out and sort of back the president up, so you’re going to have reinforcements that way," Steele noted.

In fact, Brooks himself defended the president.

As I said there’s a significant distinction between questioning one’s loyalty to themselves and their community (Tr… https://t.co/9K7gA63whn
— Matt Brooks (@Matt Brooks)1566338588.0

"What else is he going to do, what can he do? The reality is Trump has consistently put the party in a position where it has to defend the indefensible, to a point where it is so weak-kneed, it has no other choice but to stand next to him, and go, 'Uh-huh, uh-huh, what he said,'" Steele explained.

"The reality for us politically on the right, on the Republican side, going into next year’s election is that now you’ve got one more group, one more, you know, community of individuals that are going to make that conversation much much harder to get their vote for our candidate," Steele added.

"All I hear is gunfire on 5th Avenue, he keeps shooting people on 5th avenue and he keeps getting away it," Matthews added.