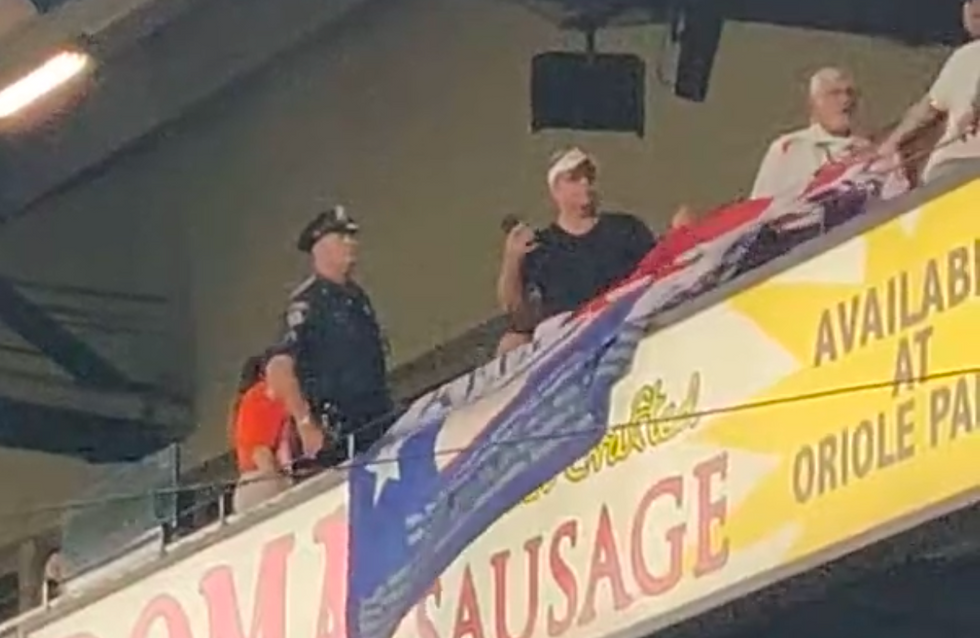 According to a report from CBS-Baltimore, a group of Donald Trump's avid fans were booted from a Baltimore Orioles baseball game on Thursday night after unfurling a "Trump 2020" and "Make America Great Again" banner.

The reports states that the four individuals had two banners (the second one reading "Make America Great Again") that they draped over the railing of an upper deck during the 8th inning that was immediately greeted with jeers of "take it down" by other fans in attendance.

It took less than 10 minutes for stadium security and police to respond, pulling the banners back up and escorting the four out of Camden Yards and fans cheered from below.

The city of Baltimore and Trump have been in a battle after the president smeared Rep. Elijah Cummings' (D-MD) district over a week ago.

CBS-Baltimore notes that stadium policy bans political or "offensive banners' " within the confines of the stadium.

You can watch a videos of the incident below via YouTube: