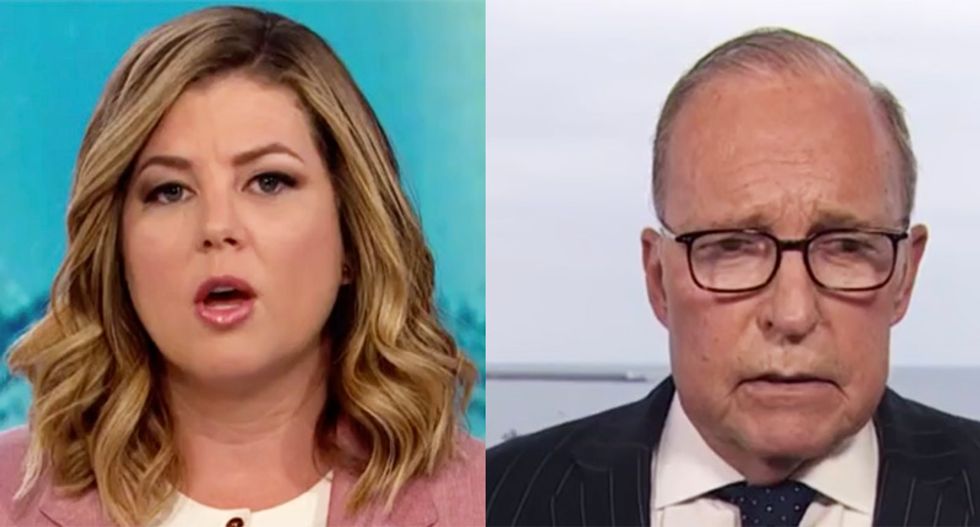 Larry Kudlow, who appeared to have been drinking before his FOX News appearance last Sunday, probably wished he was drinking this Sunday after his stammering performance on CNN where he faced a barrage of questions from "State of the Union" fill-in host Brianna Keilar.

Speaking from France where he is attending the G7 conference with Donald Trump, Kudlow was put on the spot over the president's comments where he seemed to express regret over launching a trade war with China.

According to the president's economic adviser, Trump failed to hear a reporter's question over whether he had any "second thoughts" about launching a trade war with China.

"How are you responding to criticism from world leaders about the strategy with China?" Keilar asked.

"I'm not sure how you portrayed that," he stammered.

"What do you mean, that's a quote," the CNN host pressed.

"Well, that may be a quote but sometimes you're taking a quote out of context, let me try to generate some context," he attempted. "Again, I was in that meeting for two hours with the world leaders. Indeed I participated in the meeting. First of all, all of those world leaders, every single one of the seven leaders, G7 leaders..."

"If I might just finish my thought, please," Kudlow protested. "I was there. I heard every single one of those leaders agree that China has exercised continuous debilitating and destabilizing unfair trading practices, every single one of those leaders said that and they expressed support for President Trump, who is leading the way to try to get China to make changes."

For the rest of the interview, Keilar continued to call out Kudlow using direct quotes and video clips, which caused him to become exasperated.