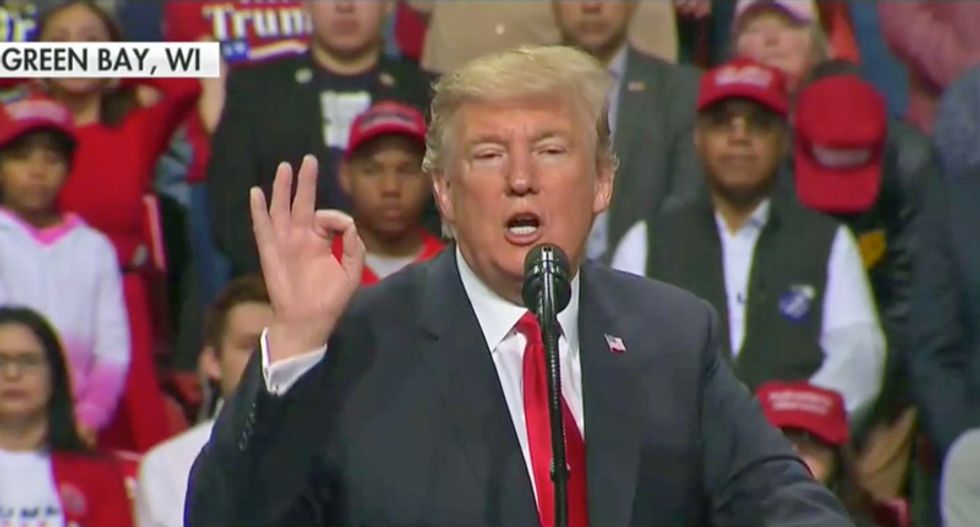 President Donald Trump traveled to Cincinnati, Ohio on Thursday to hold his first campaign rally since he was criticized for his supporters shouting a racist chant.

The rally is being held at U.S. Bank Arena, which has a capacity of over 17,000 people.

Trump aides are reportedly "on edge" over whether his supporters will repeat the chant, with one GOP analyst worrying that he has "lost control" of his base.