‘Where’s Steve?’ Trump notices a right-wing ally missing from CNN -- and wants him back on TV 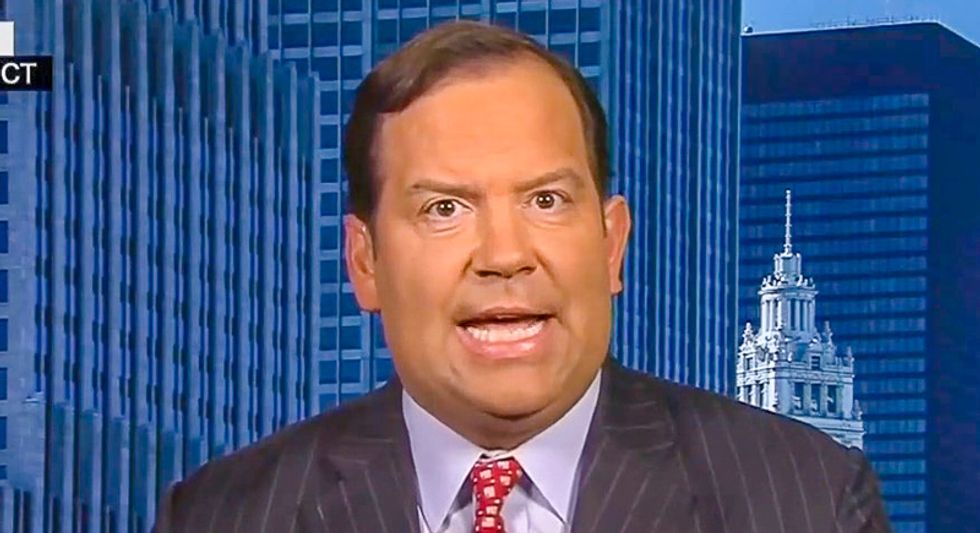 President Donald Trump has been asking some of his administration officials why one of his favorite boosters has disappeared from CNN's airwaves.

Steve Cortes, a member of the Trump 2020 advisory board and a paid on-air CNN contributor, has reportedly been banished by the network's executives, and the president doesn't like it, reported The Daily Beast.

“Where’s Steve?” the president has repeatedly asked, according to two officials who overheard him in the White House.

The Hollywood Reporter revealed last week that Cortes had essentially been "benched" at CNN, where a former network contributor said the Trump booster continues to draw a paycheck but has been banned from appearing on TV.

"They won’t fire him, because that’s just blatant," the former CNN contributor said. "But they won’t book him, and they’ll tell all the producers not to book him.”

Trump has noticed Cortes hasn't appeared in recent weeks, although he insists he doesn't watch the cable network he repeatedly criticizes.

The president has called Cortes to ask why he wasn't on TV anymore, and complained about CNN's alleged political "bias" and its treatment of his associate, according to two sources.

Trump had previously convinced Cortes to move from Fox News back to CNN, so he could push back against the president's on-air critics, according to a former White House official.