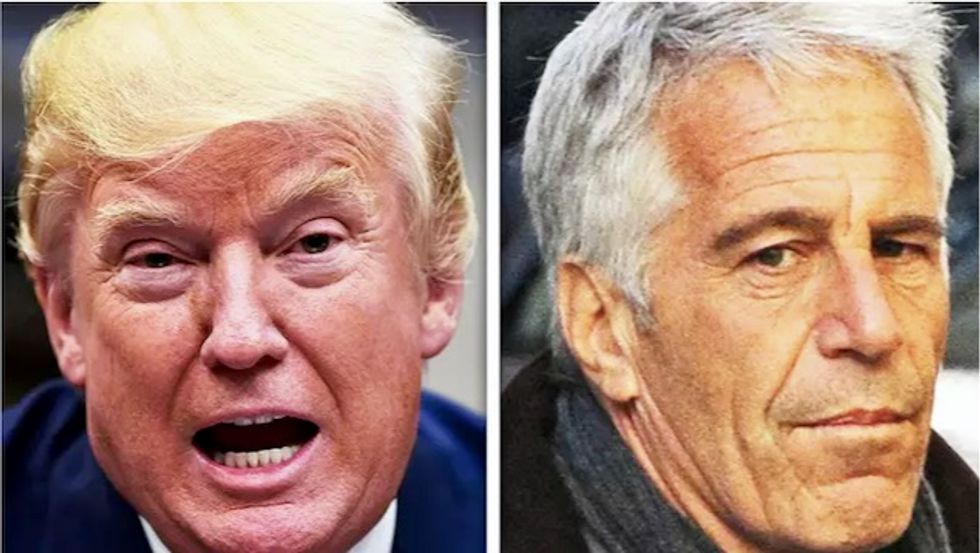 According to a report from the Daily Beast, White House aides admitted that -- upon receiving notice that wealth manager and convicted pedophile Jeffrey Epstein committed suicide while incarcerated -- Donald Trump would begin pushing conspiracy theories.

And they were right.

The report states that Trump's retweeting of a Twitter rant accusing Hillary and Bill Clinton of being behind the death, which conspiracy buffs immediately broadcast across social media, was inevitable given the fact that Trump has a history of pushing a few conspiracy theories of his own to deflect from his legal problems.

According to the Beast, "One White House official said that as soon as Clinton conspiracy theories began bubbling up online about Epstein’s passing, this official and other senior aides to Donald Trump immediately assumed that the president, an avid, longtime conspiracy theorist, would very soon tweet or say something about it."

"The aides, this official noted, began casually discussing and joking about what to do if Trump started going hard at the Clinton body-count conspiracy-theory-mongering," the report continues. "The general consensus among the president’s advisers is there is nothing they can do except wait for him to move on to something else, and hope he doesn’t make this a big thing."

One Trump advocate found the president jumping all over the Clinton conspiracy amusing, and said it was Trump's way of stirring up his base.

“The Clinton body count stuff is up there with Kennedy assassination conspiracy when it comes to political reading. It’s too juicy to ignore,” explained former Rep. Jack Kingston (R-GA).

Kingson added that the president did it with “tongue [in] cheek,” but also added, “I think the question is legit of how the hell does a high-profile perp on 24/7 watch knock himself off?”