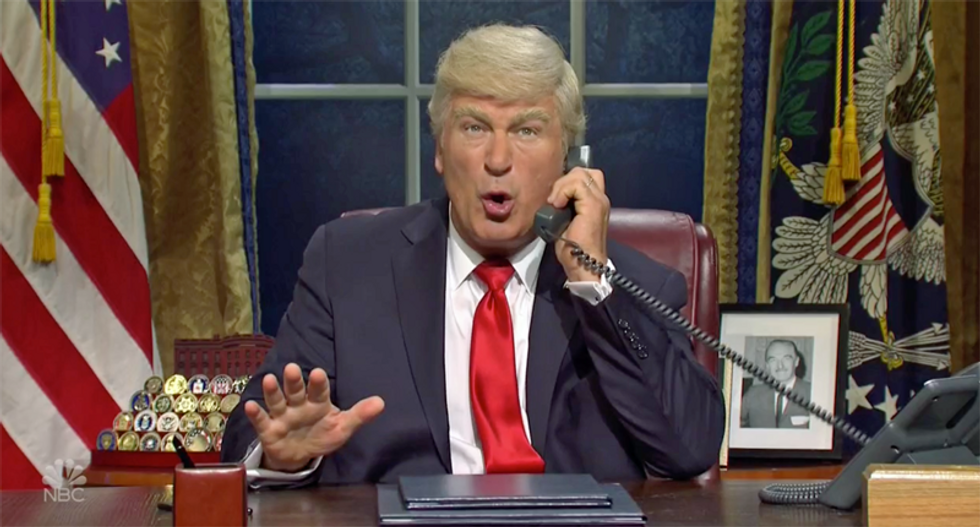 NBC's "Saturday Night Live" brought back Alec Baldwin on Saturday to reprise his impersonation of President Donald Trump during the fall season premiere.

"I'm being impeached. It's the greatest presidential harassment of all time," Trump's character said. "I would know, I'm like the president of harassment."

"Relax, Mr. Trump, we've got nothing to worry about. Nobody's going to find out about our illegal side dealings with the Ukraine," Giuliani's character argued. "Or how we tried to cover up those side dealings."

"Or how we planned to cover up the cover-up," Giuliani added.

The sketch then brought on an impersonator of Attorney General Bill Barr.

The segment focused on Giuliani's television blunders, before bringing on a Mike Pence character as somebody to "take the blame for this."

Trump, Jr. and Eric Trump were next to be mocked.