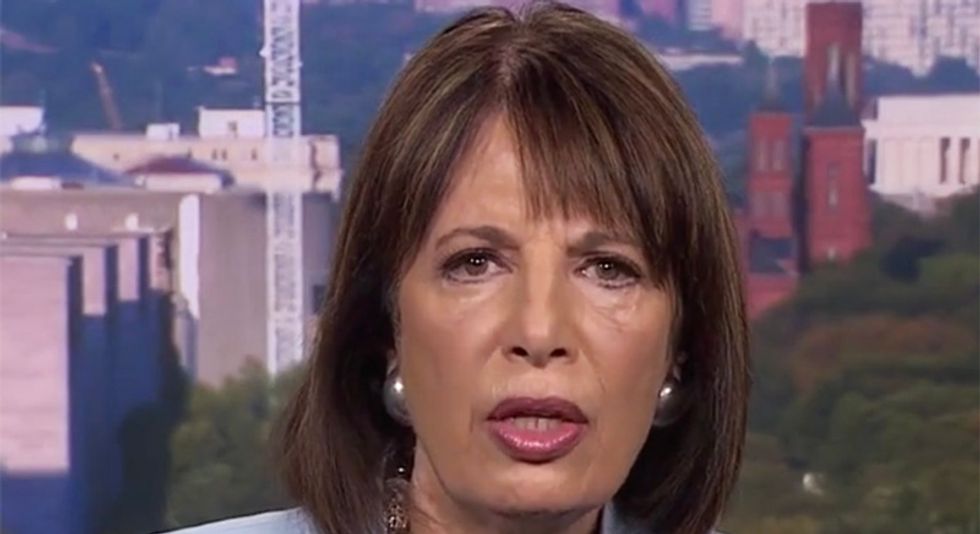 Appearing on CNN's "New Day," Rep. Jackie Speier (D-CA) ripped into President Donald Trump over the whistleblower report that seems to indicate the president was holding back aid to the Ukraine in return for dirt on former Vice President Joe Biden.

Speaking with hosts John Berman and Alisyn Camerota, the California Democrat said she learned very little in a private meeting on the explosive whistleblower report on Thursday,  before talk turned to Trump lawyer Rudy Giuliani's meltdown and confession on CNN that he had been pressuring officials in the Ukraine over Biden.

"What we know is zero," Speier said. "So if, in fact, what is being reported is true, that means the president of the United States is using taxpayer money to try and have opposition research for his political campaign determined by how much money he gives to a foreign country and that is reprehensible."

"Rudy Giuliani says it's justified, it's fine," Camerota pressed. "I think he's trying to suggest that it's sort of par for the course. Is Giuliani right?"

"What's so ironic about that is the president made no effort and has disputed the fact that Russia worked on efforts to undermine our election in 2016 and refuses to admit that that took place," Speier explained. "There is a serious problem here and Rudy Giuliani is not the spokesman of truth, for sure."