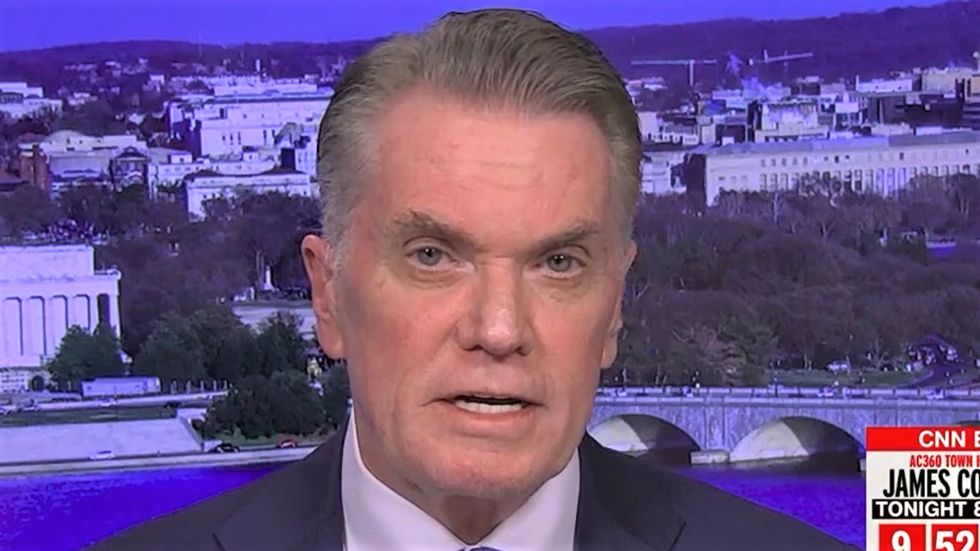 President Donald Trump went on a Sunday rant, saying that he, like every American, deserves to face his accuser. It's something that former White House Counsel Jack Quinn fears is a precursor to an "outing" of the whistleblower.

Facing one's accuser is a luxury that only belongs to those being prosecuted for their crimes. As Robert Mueller outlined, the Office of Legal Counsel in the Department of Justice doesn't believe the president can be prosecuted for crimes. If Trump is willing to waive the OLC opinion and face prosecution, he could meet all of his accusers in court. The likelihood of that, however, is slim.

Quinn fears that the Sunday rant is foreshadowing something far more sinister.

"One of the things people are concerned about is the safety and the security of the whistleblower," Quinn said. It was announced earlier on "60 Minutes" that the whistleblower is now under federal protection due to fear for his/her safety.

"Jim you know better. You know what treason is," Quinn said. "You know the president is just you know full of something here. This is nonsense and you know it."

Schultz dodged again, saying that no amount of Trump saying "treason" gives Schiff the right to troll the president.

It devolved into an argument from there.

Watch in the clip below: